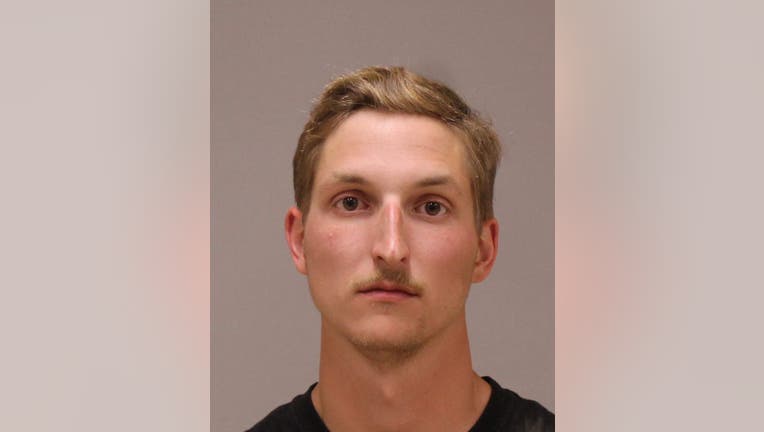 (AP) - One of four men charged with conspiring to kidnap Michigan Gov. Gretchen Whitmer testified in his own defense Thursday, repeatedly telling jurors "absolutely not" when asked if he agreed to abduct her before the 2020 election.

Daniel Harris, 24, said he was a former Marine who wanted to maintain his infantry skills when he joined a militia, the Wolverine Watchmen.

He said "America was on fire" in 2020 following the killing of George Floyd by a Minneapolis police officer and amid protests over police treatment of African Americans.

Harris, Adam Fox, Barry Croft Jr., and Brandon Caserta are accused of plotting to kidnap Whitmer at her vacation home in northern Michigan in fall of that year because of their disgust with government and tough COVID-19 restrictions.

Defense attorney Julia Kelly took Harris through key events raised by prosecutors earlier in the trial and repeatedly asked: "Did you agree to kidnap the governor of Michigan."

Prosecutors ended their side of the case Wednesday, the 13th day of trial. Jurors have seen and heard audio and video secretly recorded by FBI agents and informants as well as violent, profanity-filled posts from social media and messaging apps.

In addition, two men who were in the group, Ty Garbin and Kaleb Franks, pleaded guilty and were vital witnesses for the government.

Defense attorneys claim the men were engaged in a lot of crazy talk fueled by agents and informants but no conspiracy.

The first defense witness, Colleen Kuester of Baraboo, Wisconsin, said she was invited by an acquaintance to a "family fun day" in Cambria, Wisconsin, in July 2020. Cambria was a training site for the group and other self-styled militia members, according to evidence.

"Did you hear that at Cambria?" he asked.

At least five other defense witnesses bowed out Wednesday, saying they would assert their right to remain silent if called to testify. They included an informant, Steve Robeson of Oxford, Wisconsin, who switched sides during the investigation and tipped off Croft that the FBI wanted to arrest him, according to the government.

The others who invoked the Fifth Amendment had participated in training as well as discussions about the plot but have not been charged.

Croft’s longtime companion, Chastity Knight of Bear, Delaware, was among the final witnesses called by prosecutors.

" He was antigovernment," Knight of Bear, Delaware, said of Croft. "He just thought the government’s not for him. The government doesn’t help the people out. They like to line their own pockets."

The men were arrested in October 2020 amid talk of obtaining an explosive that could blow up a bridge and hold back police from responding to a kidnapping at Whitmer’s second home, according to trial testimony.

Garbin said the group acted willingly and had hoped to strike before the election, cause national chaos and prevent Joe Biden from winning the presidency.

Whitmer, a Democrat, rarely talks publicly about the kidnapping plot, though she referred to "surprises" during her term that seemed like "something out of fiction" when she filed for reelection on March 17.