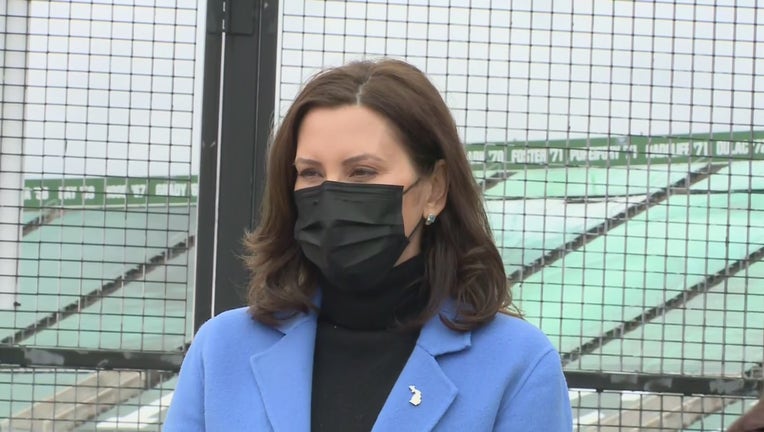 The Democratic governor said the cancellation of the law does not preclude her from implementing a prevailing wage policy for state contracts. Nonunion contractors appear likely to sue.

"This is the right policy for Michigan. When we support hardworking people and make sure they can make good money and we've got expertise on state jobs, it benefits every single one of us," Whitmer said during a news conference at the United Association Local 333 near Lansing.

Her move is tied to her 2019 executive directive instructing the Department of Technology, Management and Budget to consider factors such as wages and benefits paid by companies that submit bids.

The announcement drew criticism from an association of non-union contractors that primarily funded a ballot initiative that enabled lawmakers to rescind the law in 2018 despite then-Republican Gov. Rick Snyder's opposition. Associated Builders and Contractors of Michigan President Jimmy Greene called it a "unilateral broadside" that "is both illegal and devastating to our state's workforce."

"Prevailing wage is good for Michigan because it goes to working people," said Tom Lutz, executive secretary-treasurer of the Michigan Regional Council of Carpenters and Millwrights, who contended that prevailing wage policies will ensure superior value for the government. "Things in this world are simply not driven on price point alone. We should not pursue the race to the bottom."