The Democrat's announcement in Detroit came a month after the Trump administration issued a final rule making overtime available to 1.3 million additional employees in the U.S., effective in January. Under the new federal rule, companies will be required to pay overtime to employees who earn up to $35,568 annually, up from $23,660.

Those making more than $35,568 may still be eligible for overtime pay, unless they perform management, supervisory or professional functions -- the so-called "white collar" duties test.

Whitmer did not say what Michigan-specific salary threshold would be established by the state Department of Labor and Economic Opportunity. But it could mirror a much more generous one that was issued by the Obama administration, blocked by federal courts and replaced by the Trump administration.

Whitmer said President Donald Trump "took a big step backwards" with the federal rule, so she began taking steps to "extend the right to overtime pay for thousands of Michigan workers. Strengthening paychecks is good for families, good for business and good for our economy."

Once the rulemaking request is submitted, it may take eight to 12 months to finalize the rules.

Business groups criticized the announcement, while Whitmer drew praise from liberal groups and advocates for the poor. 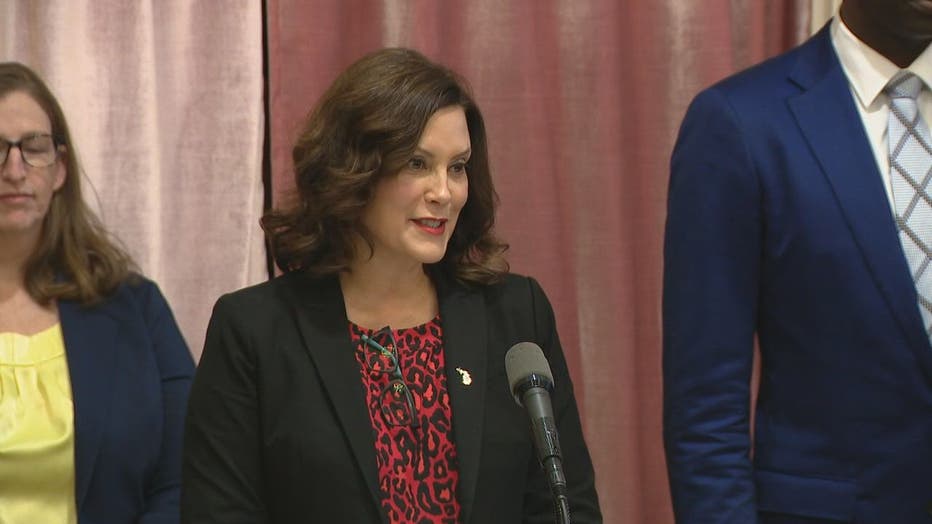 "We are disappointed that the governor has chosen to go around the Michigan Legislature and try to impose a new wage mandate on employers by using the rules process," said Charlie Owens, Michigan director of the small-business group NFIB.

"If her efforts are successful, Michigan will be an outlier among other states because we will have an overtime rule that is more excessive than what the federal department of labor is pursuing. This will undo the hard work of the last eight years where we have worked to make Michigan a state with a business-friendly labor climate. "

California and New York are phasing in higher overtime salary thresholds under state laws, according to the National Employment Law Project, while Pennsylvania and Washington state are following suit with rules.

The Democrat announced Thursday that her administration will establish rules to change the salary threshold under which employers must pay overtime to their workers. Whitmer did not say what the threshold would be.

Whitmer said if Obama's rule had taken effect, people making up to $51,000 would be eligible for overtime today.

The Michigan League for Public Policy, which advocates for low-income people, applauded Whitmer.

"For too many workers in too many fields, working more than 40 hours a week has become the expectation, not the exception, and with no additional pay," said president and CEO Gilda Jacobs. "This rule change will improve worker pay and enable more people to better support their families."