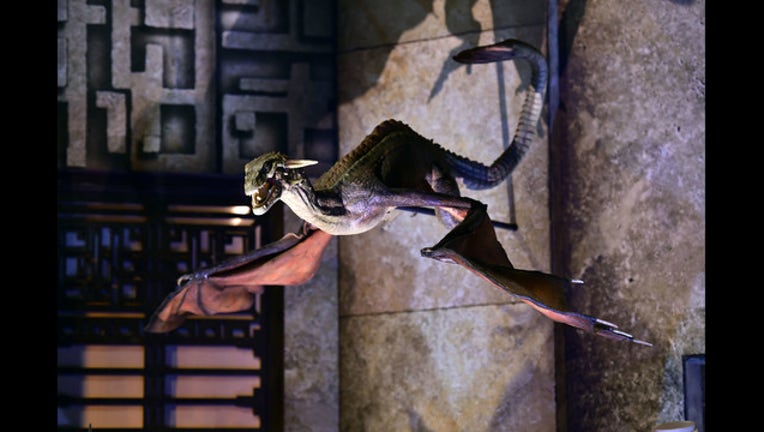 BELFAST, NORTHERN IRELAND - APRIL 10: A dragon can be seen on display at the Game Of Thrones: The Touring Exhibition press launch at Titanic Exhibition Centre on April 10, 2019 in Belfast, Northern Ireland. (Charles McQuillan/Getty Images)

(FOX 2) - Game of Thrones enthralled millions across the globe Sunday with the latest episode of its final season, but there was one aspect many viewers weren't exactly enthralled with -- how dark the episode was.

The Battle of Winterfell came to a climactic head in season 8, episode 3 entitled The Long Night, but many complained that the epic war, which took place at night, was too hard to see. Many struggled to make out the action in the dark scenes and it proved to be one of the talking points from this week's episode.

You get the idea. So the folks over at Wired spoke to the cinematographer behind the episode, Fabian Wagner, about why everything appeared so dark. He told them that it's not so much what the production team is doing -- but how viewers have their TVs set up.

"A lot of the problem is that a lot of people don't know how to tune their TVs properly," he said. "A lot of people also unfortunately watch it on small iPads, which in no way can do justice to a show like that anyway."

Wagner said showrunners decided the episode needed to be dark to match the tone of the episode. As the show has progressed, the tone has gotten darker and dark, he explained.

"We'd seen so many battle scenes over the years - to make it truly impactful and to care for the characters, you have to find a unique way of portraying the story," he said.

The cinematographer told the Wire that the episode, of course, was shot at night and everything else was produced through lighting choices.

"Another look would have been wrong," he said. "Everything we wanted people to see is there."

HBO also confirmed things were as they were supposed to be. In a statement to Motherboard, the company stated: "There were not issues across any of HBO's platforms."

The website went on to explain that most TVs are LCD sets that due to backlights, have issues producing deep blacks. While show creators may have been working with expensive OLED TVs, the average viewer was watching on more affordable TVs that may have washed out those deep blacks.