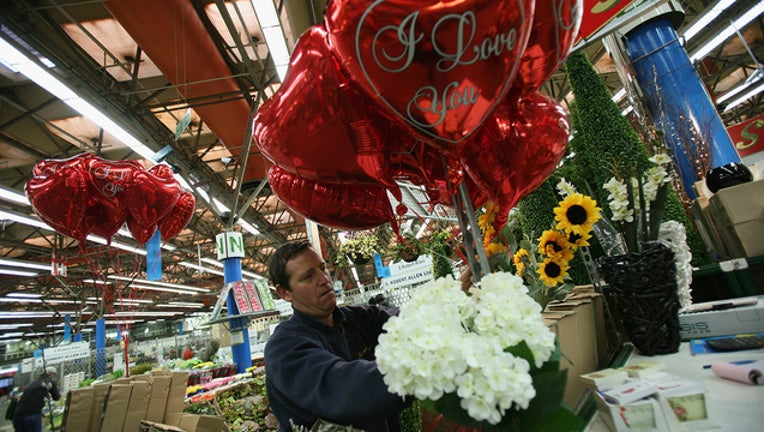 A market vendor attaches a bunch of Valentine balloons to his stall in New Covent Garden Flower Market in London, England. (Photo by Dan Kitwood/Getty Images)

Not every romantic gift is...well, romantic. And with Valentine's Day around the corner, you may want to take notes on what not to get your significant other after this story.

"I feel like I've died," said the wife in a video posted to YouTube -- already viewed nearly 182,000 times as of this story.

In order to turn his wrong into a right, the husband sends his wife upstairs to change into her Valentine's Day pajamas and he rearranged the flowers to say "FILM," added some candles, rose petals and called for a movie night.