DETROIT (FOX 2) - At lunchtime at Royal Barbecue Friday, the mood was upbeat.

Less than a mile away from the Detroit-Hamtramck General Motors plant business has been slow during the strike. But now that the UAW GM national council has voted to approve the tentative agreement and keep the Hamtramck plant open, things are looking up.

Opinions mixed on whether new UAW GM deal will pass

The strike is not over yet.

But the strike is not over yet. On this 33rd day, the passage of time is clear. However, the strikers will remain on the picket line until the nearly 49,000 rank and file UAW members vote on the propose-d contract.

The plan includes a 3 percent raise along with an $11,000 signing bonus. It eliminates the cap on profit sharing and offers a fast track for temporary workers to full time status. Education sessions begin Saturday for local unions, which then have eight days to vote on it.

"The mood and the feel is optimistic," said John Hatline, a striking worker. "I talked to a lot of people out here on the picket line. I think they're all willing to support it."

FOX 2: "Have you gotten a chance to look at some of the highlights?"

"I have and I'm not happy," said Kathy Faith, a striking worker. "(It is) very vague on pretty much everything and it didn't meet our needs."

Faith stands by her position even though under the proposed contract the plant where she works - Hamtramck -  will be saved from the chopping block with promises from GM to build electric vehicles there.

"If we turn electric, that's less jobs," Faith said. "We don't need as many people to build electric vehicles."

But you talk to another person on the picket line and you get a different perspective.

"This is fantastic, this plant is going to stay open," Hatline said. "Our future was up in the air. We didn't know for sure if we would have a product."

This weekend striking workers will get the low down on the proposed deal and then begin voting.

"This is not an in-the-moment decision," Faith said. "We've got to think about the future. This is the long haul.

The tentative agreement just has to pass with a majority vote, whether by 200 or 2,000 votes it will be ratified. 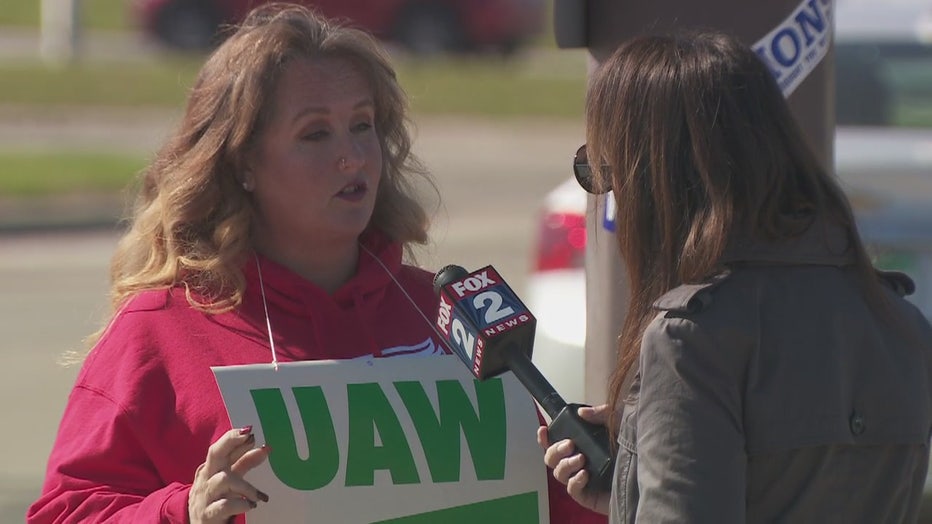