TRAVERSE CITY, Mich. - William G. Milliken, Michigan's longest-serving governor who established a record of environmental conservation and bipartisan cooperation that made him popular among Republicans and Democrats, died Friday at age 97, a family spokesman said.

Milliken died at his home in Traverse City after years of declining health, Jack Lessenberry said.

A political giant in the state of Michigan has died

The Republican was promoted to governor from lieutenant governor in 1969 when Gov. George Romney resigned to join President Richard Nixon's administration. Milliken subsequently won three elections but didn't run again in 1982, retiring from politics after 14 years as Michigan's chief executive.

Milliken was a moderate Republican who occasionally crossed swords with members of his own party but was popular with big-city Democrats, especially Coleman Young, Detroit's first black mayor.

"He was a rarity, a statesman who believed government should be about seeking solutions that bring people together, instead of political issues that divide," said William Rustem, who was Milliken's environmental adviser.

One of his first acts was sending the Legislature a 20-point environmental agenda, ushering in a period that produced far-reaching ecological safeguards. Among them: the Michigan Environmental Protection Act, enabling citizens to sue polluters; protections for rivers, Great Lakes coastlines, wetlands and inland lakes; a deposit on soda and beer bottles; and limits on phosphorus in laundry detergent to help Lake Erie.

Prodded by his wife, Helen, Milliken also helped broker a compromise that limited oil and gas drilling in the Pigeon River State Forest. He signed a 1972 law to create the Michigan Lottery, which remains a key source of cash for schools.

Tim Skubick on the political impact of William Milliken

The Lansing insider broke into the business covering Governor Milliken and shared his thoughts.

Milliken said in a 2006 interview that defending the environment was a "never-ending struggle."

"The tragedy is that once we lose the beauty and the environmental values around us, we've lost it forever," he said. "We must come to understand these values and fight for them."

Perhaps Milliken's most surprising alliance was with Young, whose left-wing politics and combative style antagonized white conservatives. Milliken won over Young by supporting state aid to Detroit as the city struggled with racial strife, population loss and the auto industry's tailspin during the energy crisis of the 1970s.

Milliken faced a disaster in 1973 when a chemical company accidentally shipped fire retardant containing highly toxic polybrominated biphenyl, or PBB, instead of cattle feed to thousands of farmers. It took more than a year for state agriculture officials to determine the feed was tainted and several more months before action was taken that led to the slaughter of more than 1 million animals.

Fear spread over the health effects of eating contaminated animals, their milk or eggs. When Milliken went to the tiny community of Mio to talk to residents about burying slaughtered animals, he spoke "with his effigy (hanging) behind him and a near riot in front of him," biographer David Dempsey said.

In the early 1970s, Milliken gave asylum to a young black man convicted of killing his abusive father in Arkansas. Lester Stiggers traveled to Michigan during a furlough from prison but refused to return. Milliken rejected requests to extradite him, citing, in part, the "cruel and unusual treatment" of blacks in Arkansas prisons.

Milliken's moderate style of Republican politics fell out of fashion in the decades after he left office. He endorsed Democrats Barack Obama and John Kerry for president and some other Democrats seeking statewide office in Michigan.

Milliken graduated from Yale University in 1946 after serving in the U.S. Army Air Corps. He earned a Purple Heart and other medals during World War II after several harrowing missions that included bailing out of a damaged B-24 bomber.

He took a turn running Milliken's Department Store in Traverse City, founded in 1873 by his grandfather, James W. Milliken.

Lessenberry said a memorial service will be held next May 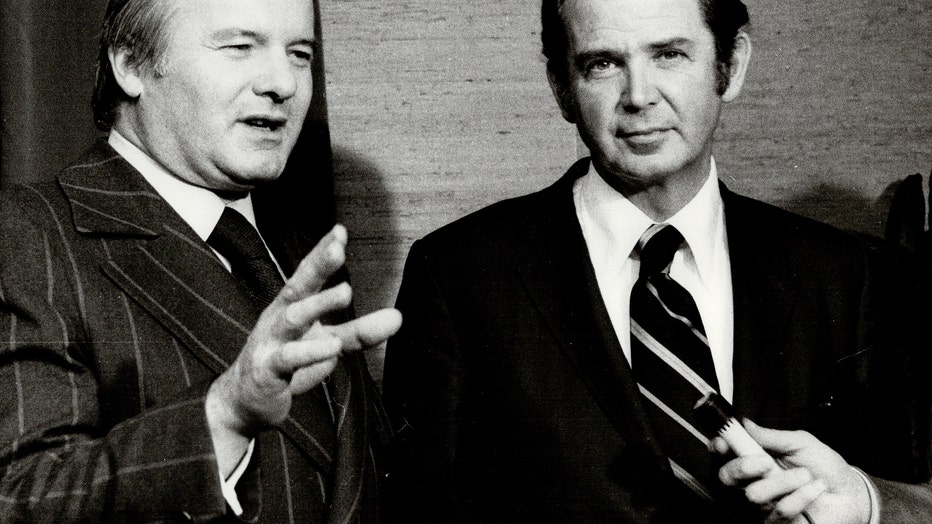