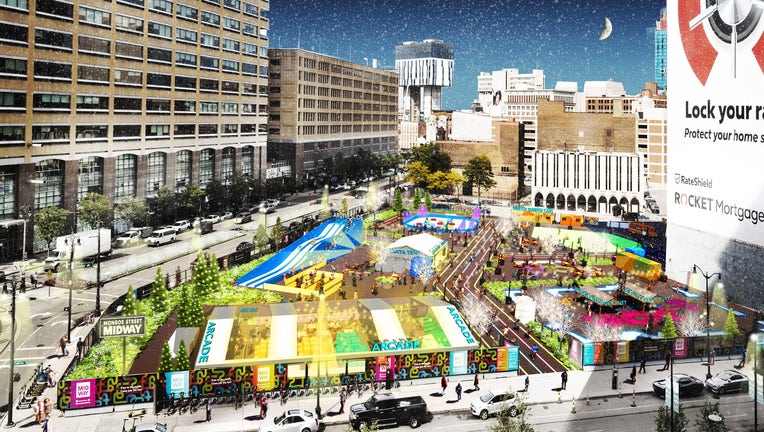 Next month, winter bumper cars on an ice rink, an arctic slide you ride on with a tube, puck-putt (putt-putt with a hockey stick), an arcade, and more open.

Food will also be available, including burgers, pierogi, chili, chicken sandwiches, and mac-and-cheese bites, plus gluten-free and vegan options.

Santa will be there for free photos on Thursdays and Fridays from 4-8 p.m. and on Saturdays and Sundays from noon to 4 p.m. from Nov. 18 to Dec. 22.

The activities are part of Decked Out Detroit. In the summer, the Midway includes basketball courts, a roller rink, and other warm-weather fun.