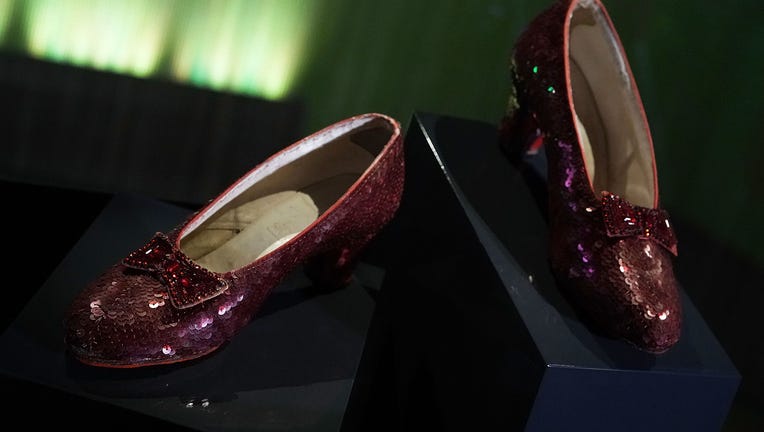 WASHINGTON, DC - OCTOBER 17: The "ruby slippers" which Judy Garland wore during the 1939 filming of The Wizard of Oz are put on display during a press preview for the exhibit "Ray Dolby Gateway to American Culture" at the Smithsonian National Museum

More than 80 years after the original film premiered, Hollywood is planning a remake of "The Wizard of Oz."

"While the 1939 musical is part of my DNA, I am exhilarated and humbled by the responsibility of reimagining such a legendary tale," Kassell said, according to Variety. "The opportunity to examine the original themes – the quest for courage, love, wisdom and home – feels more timely and urgent than ever.

"These are profoundly iconic shoes to fill," she added, "and I am eager to dance alongside these heroes of my childhood as we pave a newly minted yellowbrick road!"

But Kassell’s version will not be a musical, Billboard reported. New Line is calling it a "fresh take" and a "reimagining" of the tale, the report said.

"The Wizard of Oz" was based on the L. Frank Baum children’s story, "The Wonderful Wizard of Oz," and the classic 1939 film starred Judy Garland as Dorothy, Ray Bolger as the Scarecrow, Margaret Hamilton as the Wicked Witch, and others.

Efforts to remake or reimagine the story have included the 1970s Broadway show "The Wiz," which later became a film starring Diana Ross and Michael Jackson.

In 2013, James Franco starred in a prequel called "Oz the Great and Powerful."

Other efforts have been far less successful, according to the New York Post.