FOX 2 - Jason Valuet has a camera phone - and he's putting Rob Wolchek on Facebook Live. I guess he thinks this is going to freak Rob out?

"You think you're intimidating," said Jason Valuet. Wolchek: "I'm not intimidating. I'm just trying to get some answers."

Fence conman changes his name but not his game

Some things never change and Jason Valuet's one of those things.

This is Pat. In May, the owner of Flawless Fence came out to give her a quote.

Wolchek: "What did he say his name was?"

"He also promised me he was going to do a quick job, he promised me within two weeks," Pat said.

Pat signed a contract and gave Jason Scott one-third down of her $2,400 fence job. But by July, the job wasn't even started yet.

Pat demanded her money back but didn't get it. She found out the flawless fence address was old and realized Jason Scott's name was a fake. Her contract was signed by Jason Valuet.

"I said this has got to be his name, so I looked that up on the internet and I got your story," Pat said.

Wolchek put Jason in the Hall of Shame in 2018. Back then, Jason's company was called Any Fence. But it should have been called "I didn't get any fence," because customers told Wolchek that Jason either took their money and didn't do anything, or took a deposit and started a job, asked for more money, and then never came back to finish.

He gave out some lame excuses about the failed jobs - like from Wolchek's first story:

Jason Valuet: "We never finished the job because we got threatening calls from them."

Here's another, he was supposed to replace a seawall.  He started and bailed because the lake was too chilly for him.

Wolchek: "You piled up all the bricks..."

Jason Valuet: "Yeah, we got in the water, we got all those out of the water."

Wolchek: "And then you never came back."

Plus Wolchek confronted Jason about his felony criminal record. He's got convictions for home invasion, felony assault, larceny, and even possession of a molotov cocktail. 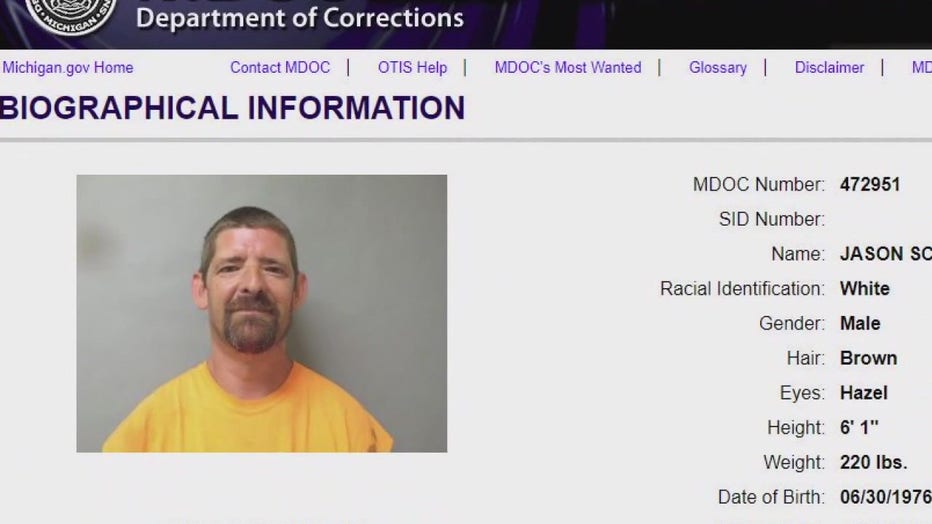 "Aluminum foil and Drano. Bill Nye the science guy taught me that," he said at the time.

Yeah, back then Jason blamed his problems on mean customers, cold water, and a Disney Channel TV show. Surely, he's learned a lesson since that story.

Wolchek: "What do you think about a guy like this?

Erin: "I think it's horrible."

Erin and Jeff hired Jason "Scott" to put in a fence. He did. At least most of the fence. They paid him the balance right before he put up the gates and hinges and ...

Wolchek: "He just bailed and you never saw him or heard from him again?"

Wolchek: "And when you filed the small claims did you get him served?"

"No, they couldn't find him," Erin said. 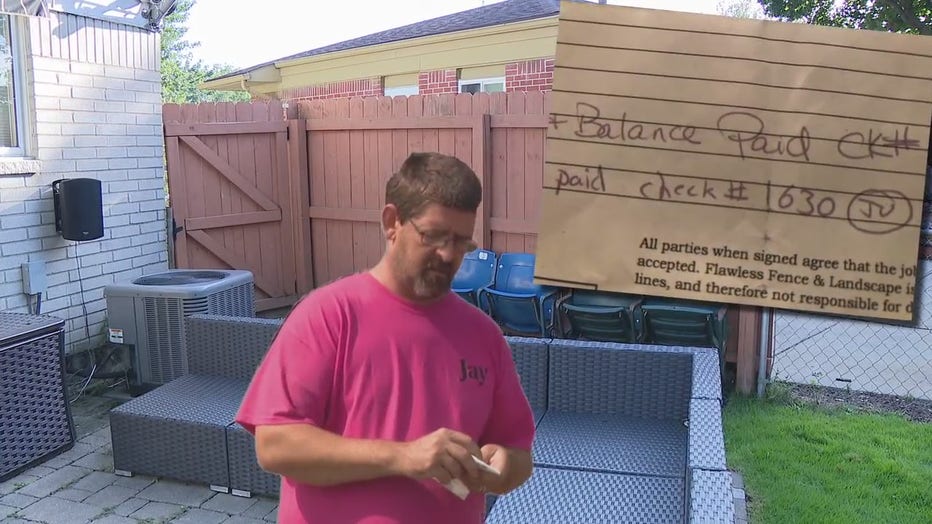 Erin and her husband filed a small claims complaint. Pat filed a criminal complaint. What's Jason got to say? Let's find out.

Jason Valuet: "Get that outta here. What scams? Okay, we're going to do this again."

Jason Valuet: "Uh, waiting to go to court on that actually."

Wolchek: "Why don't you just give her the money back Jason?"

Jason Valuet: "She has a $50 cancellation fee. She has a return stock fee of, I think it was $65. She refuses to pay that. She can take me to court and we can do it that way."

Ohhh, this is where Jason's going to turn the tables on Wolchek. He's fumbling with his camera phone. What's he going to do?

Wolchek; "Why don't you just pay her?"

Jason Valuet: "Oh, you edited the hell out it last time, so I want to make sure everything is, you know, piece by piece."

Not sure why Jason thinks Wolchek cares that he's taping this or putting it on Facebook Live. Rob is a TV reporter. He is kind of used to being on camera. But okay.

Wolchek: "Why didn't you just do the job?"

Jason Valuet: "You want to be really honest? She's a little pushy. If you go to Menards, go to Menards right now, go to Home Depot right here, right now.  They don't have fence pickets in stock."

So Pat's pushy and there have been no fence pickets since May when she paid him!

That's funny because just a couple of weeks ago Wolchek got video of a guy who had some fence pickets. He's got fence wood, oh, and look at that,  it's Jason Valuet!  Of course, he doesn't know Wolchek has video of him with fence posts and pickets so he's sticking to his story.

Wolchek: "So none of this is your fault?"

Wolchek: "You didn't put up the gates. You were working the job, you asked for the last payment and you bailed out on them. That's what they said."

Jason Valuet: "I tell customers don't give me the last payment until the job is 100 percent done."

Wolchek: "He did give you the last payment. I've got all the checks."

Jason Valuet: "His gates were hung. So ok."

Wolchek: "Ok what? Why is this guy calling me, telling me Jason Valuet. In fact, he's taking you to court."

Jason Valuet: "I haven't seen that."

Wolchek: "Yeah because he doesn't know where you live."

Wolchek: "'Flawless Fence.' So you changed the name of your company?"

Wolchek: "What do you mean, thanks to me?  Jason, don't blame me for you getting in trouble."

Jason Valuet: "Don't blame me for the last time that you ran my story? The FOX 2 Problem Solvers runs four times for three times a day. You ran mine once. I came back and said the (expletive) truth and then boom, the story (expletive) disappeared!"

Wolchek has no idea what Jason's talking about because the story ran as usual and is still online all over the place. In fact, both Pat and Erin figured out Jason's real name, Googled it, and presto. 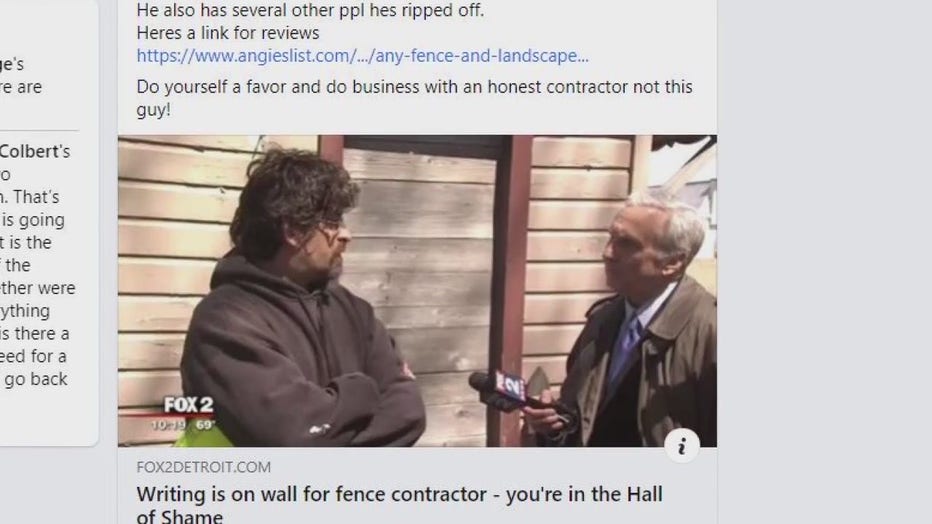 Erin: "We found the story from a couple of years ago."

Wolchek: "And what did you think when you saw it?"

Erin: "That was exactly what we experienced and that was him"

Jason's got a lot of beefs about Wolchek, here's one of his favorites.

Jason Valuet: "Oh yeah it's new now, but I'm probably going to have to change the name again because some guy like you wants to come and (blank) the little guy, instead of taking care of big companies that screw people."

"How many more times is he going to change his name?"

Pat, we guess until he either starts doing the right thing or we stop doing stories about him. 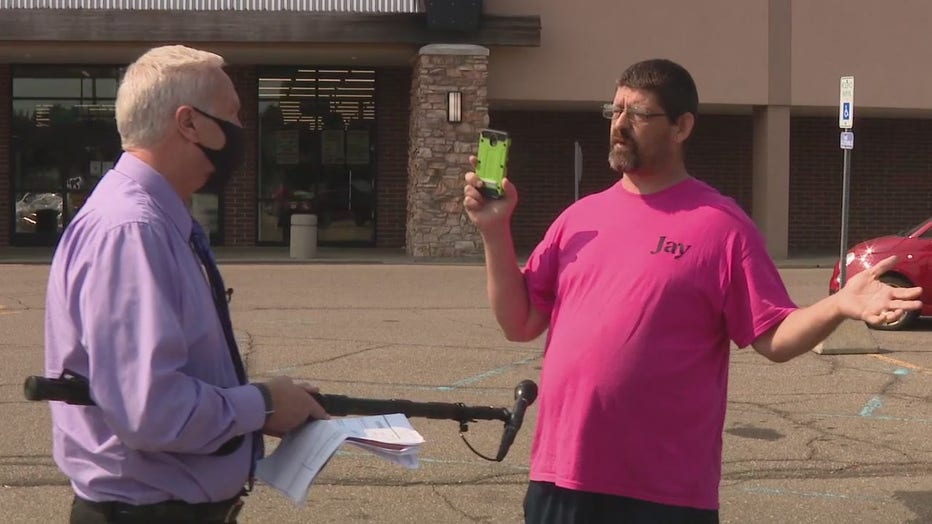 Wolchek: "Okay Jason we're done. You got anything else to say?"

And Jason has one 'more' thing to say - "Bye Felicia."

Pat filed a police report and the Hazel Park Police Department took it seriously. It was interested in pursuing charges, and once Jason found out he sent his wife down to meet her at the station to pay her back.