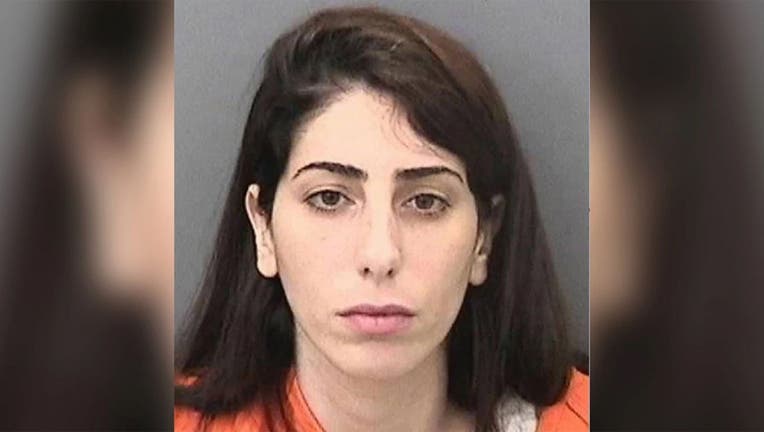 Lin Helena Halfon was arrested for allegedly stealing $666,666 from her husband.

TAMPA - A 26-year-old Israeli national was arrested for fraud last week, accused of trying to cash a $1 million check in the name of her husband, a 77-year-old Florida businessman, whom she had married four months earlier.

Halfon walked into a Tampa Amscot Branch with the check Nov. 7, telling employees that she intended to use the money to buy a yacht in Miami but, because Rappaport’s name was also on the check, the bank refused, court records showed.

A short time later, Halfon reappeared -- with the same request -- only this time she had three separate checks each for $333,333. Amscot employees refused but made copies of her Israeli passport, her U.S. visa and the questionable checks. They contacted law enforcement immediately.

According to the Times, when authorities contacted Rappaport about the incident, he said he wanted to give his wife the benefit of the doubt to avoid having her deported. But weeks later, investigators learned that Halfon eventually had two of the checks cashed more than a thousand miles away by an Orlando business.

On Dec. 10, Rappaport told authorities he did feel that he was now the victim of fraud.

Rappaport and Halfon applied for a marriage license on June 24, listing the date and location of the marriage as Aug. 21 in Sarasota, according to the Times.

His daughter, Dayna Titus, told investigators that she “believed that Halfon was ‘conning’ Rappaport due to his age,” the New York Post reported, citing a police affidavit.

Halfon has since been charged with money laundering, organized fraud and exploitation of an elderly person. Her bail has been set at $1 million.