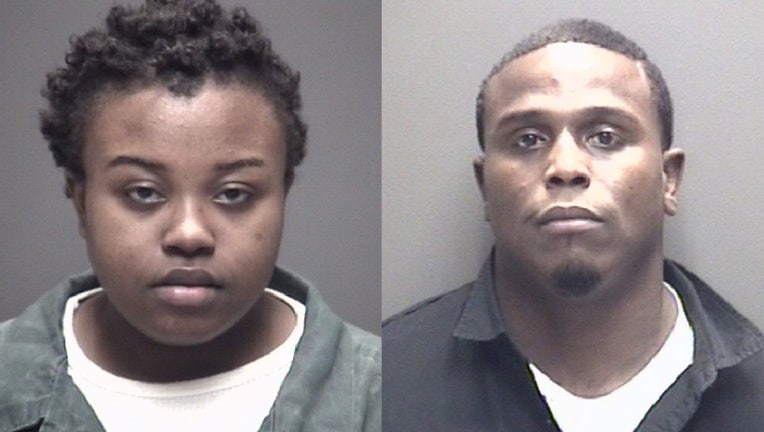 GALVESTON, Texas - A Galveston County jury sentenced a College Station woman to 20 years in prison for dumping her daughter's body into a Texas City lake.

Tiaundra Christon, 23, was found guilty of Tampering with a Human Corpse and sentenced to the maximum time in prison and a $10,000 fine.

According to Galveston County authorities, Christon was carrying a life-sized doll she claimed was her 1-year-old daughter after she and her boyfriend Kenny Hewett dumped her body into Moses Lake in Texas City.

In 2018, Christon traveled with her baby from College Station to Houston to visit Hewett. The three of them stayed together at the Downtowner Inn.

When Christon returned to College Station, friends saw glimpses of Christon with a child, whom they believed to be Christon's daughter, and Wal-Mart video surveillance recorded footage of a child with Christon.

Then, on October 28, 2018, Christon called 911, claiming that her daughter went missing in Gabbard Park. A massive search and rescue operation for the child ensued involving nearly 200 people.

The search for Christon's daughter turned into a criminal investigation once officers from College Station PD discovered the doll wearing clothing identical to the description of what Christon claimed her missing child to be wearing, in a trash can across the street from where Christon parked her car.

Officers later learned that Christon created and carried the doll around with her after she returned from Houston, pretending it was her baby.

Christon later confessed that her child had actually died in the hotel room in Houston after the baby suffered abuse from both Hewett and Christon. The baby's cause of death was undetermined.

Christon and Hewett took the child to Texas City and dumped her body in Moses Lake. Later, Christon led law enforcement officers to her daughter's remains in Texas City.

Christon's trial began on Tuesday, December 8, 2020. Christon pleaded not guilty to her charge of Tampering with a Human Corpse.

After approximately 20 minutes of deliberations, the jury found Christon guilty on December 11.

On December 14, the jury deliberated on punishment for approximately 40 minutes and assessed punishment at the maximum 20 years in the Texas Department of Criminal Justice and a $10,000 fine.

Under Texas law, Christon will be required to serve at least 25% of her sentence before she is eligible for parole.

Hewett, pleaded guilty to the same charge in November 2019 and was sentenced to the maximum 20 years in prison.