DETROIT - A Detroit family is living in fear of the criminals who roam their street. They've even installed cameras hoping to keep bad guys away.

FOX 2 first brought you their story last summer when those cameras caught a thief in the act.  Now - an arsonist hits too close to home, threatening their lives.

This is how the house next door looked to Jan Davis when we visited her in northwest Detroit last July. She worried the vacant house next door on Decatur near Schaefer and Plymouth would burn. Because chances are hers would burn too. And that's exactly what happened.

She was worried the house next door to hers would burn and that's exactly what happened.  This is how the house next door looked to Jan Davis when we visited her in northwest Detroit last July. She painted warnings on the house to keep the street clean, using graffiti with messages like "Care about where you live!"

She worried the vacant house next door on Decatur near Schaefer and Plymouth would burn. Because chances are, hers would burn too. And that's exactly what happened.

"I wish I could get out of here," she said. "This could have been much worse, we could be dead."

Jan showed her house surveillance video to Detroit Fire Department investigators of a man on a bike with a gas can pull up next door.

Moments later he peddles off without the gas can. Then seconds later smoke begins to pour from the house next door.

Detroit firefighters hustled to the scene they called the fire suspicious and put the fire out. but Jan's house just feet away also caught fire.

Her kitchen windows blew out and upstairs fire came through the roof and the wall. The paint to her grandson's room blistered - his room was just seconds away from exploding in a ball of fire. No one was injured but her grandson and daughter had to move out for now.

"Somebody has to clean it up," Davis said. "Now I have to try to get the house to smell decent so I can get my grandson and my daughter back."

Now to some good news the Problem Solvers heard from Brian Farkas, the Detroit Building Authority, he said"

"We are currently waiting on the asbestos survey to be returned and the electric services to be officially cleared by DTE. Gas has already been completed. Once this is done, the vacant house will be put out for bid and demolished." 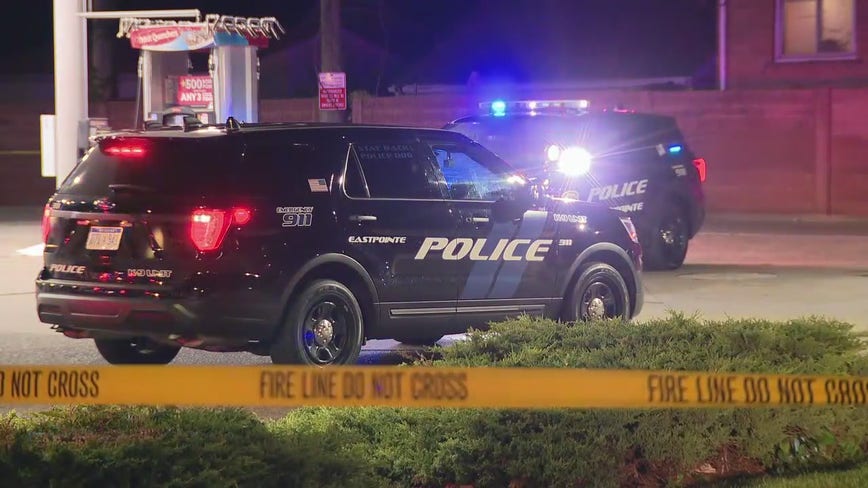