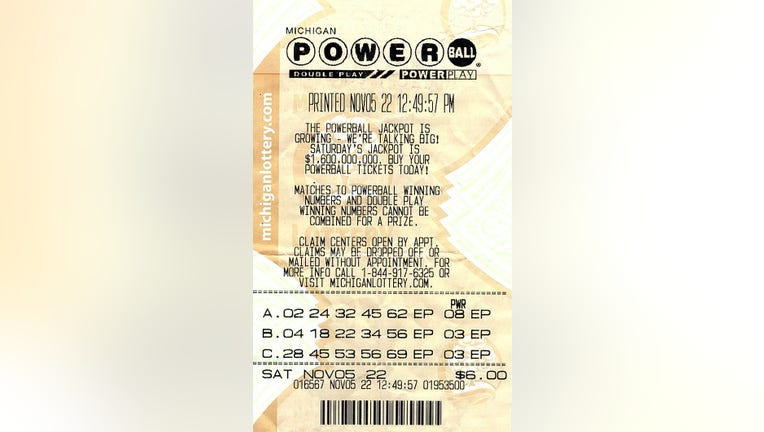 DETROIT (FOX 2) - A Detroit woman won $1 million from the Michigan Lottery after deciding to play the Powerball because the jackpot was big.

"I don’t usually play Powerball, but I started purchasing tickets because of how big the jackpot was," Tonisha Jenkins said. "The day after the drawing, I got on the Michigan Lottery site to check the winning numbers and saw that a $1 million winning ticket had been sold at K&G Deli. I got excited since that was where I purchased my ticket, but I didn’t want to get my hopes up. When I checked my ticket and realized I was the winner, I couldn’t believe it. I called my sister right away to tell her the good news!"

The 46-year-old matched the five white balls in the Nov. 5 drawing.

"Even though it’s been a few weeks since I won, I am still just as excited as when I found out," she said.

Jenkins plans to use the money to remodel her home.