A Detroit chapter of Women’s Life decided to surprise waitstaff across Metro Detroit with tips far beyond the typical 15-percent gratuity.

"I found it online. A group of 17 men were going out and giving $100 tips to waitresses," said Lynn Karnes, the president of Chapter 911.

So members of this group decided to make this mission a part of their own and they call it Shock and Cause.

On Friday, Women’s Life decided to make a difference in the life of a waitress at Savory Grille in Utica.

"I always cry almost every single one that we’ve done," Karnes said.

"It just warms you because that probably made her a whole month and it's just the first of the month and it’s only the first day," said member Becky Livernois.

The shocking tip comes with a message card: "You’ve been shocked by our cause."

And Group members spread this joy a couple of times a month.

"Lot of times we’ve gotten a story what they’ve gone through and what it means to them, and sometimes they even pass it on to other people," Lisa Stout said.

But the Chapter’s President says their work is not only critical but personal.

"Five and half years ago I was one step away from life-support, and that’s what really brought us together for women’s life chapter 911, so we can reach out and help others," Karnes said. 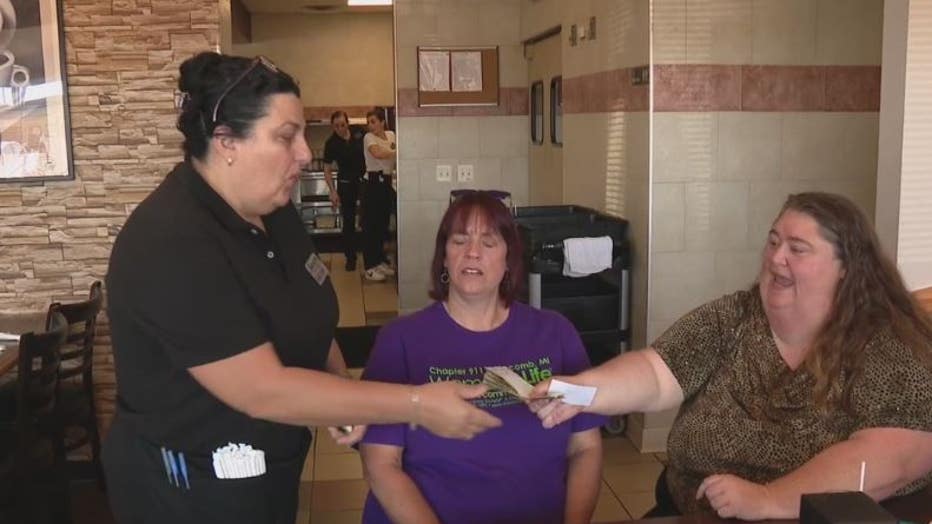 "That little change in your life can change someone else’s and then the trickle effect it becomes," Livernois said.

This group hopes the concept will grow.