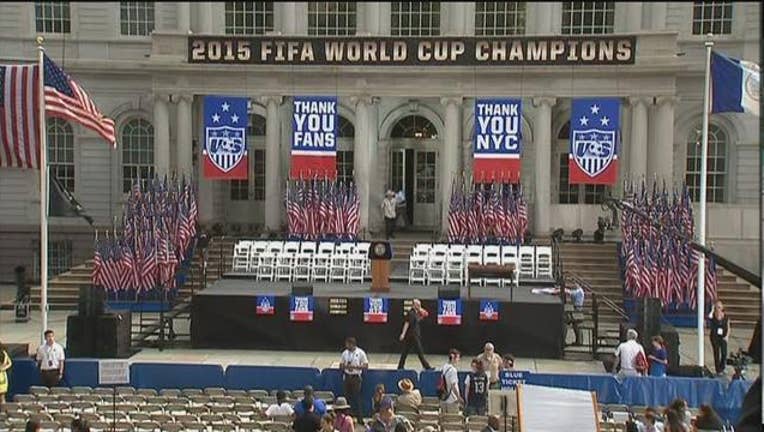 Here is what you you need to know about the Manhattan parade on Friday for the World Cup champions:

Where: The Canyon Of Heroes (Broadway between the Battery and City Hall)
When: Friday, July 10th, starting at 11 a.m.
Who: Mayor Bill de Blasio and the 2015 Women's World Cup Champions!

If you go to the parade, use the hashtag #paradeonfox and you might be featured in Fox 5's live coverage of the event!

Keys to the City Ceremony