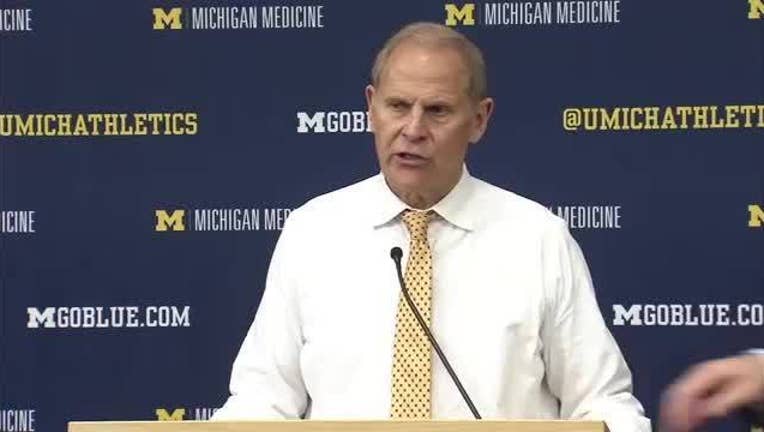 ANN ARBOR, Mich. (AP) - Muhammad-Ali Abdur-Rahkman scored 20 points and Michigan extended its winning streak to a season-high five games with a 76-51 victory over Jacksonville on Saturday.

A slow start by the Wolverines enabled the Dolphins to stay with Michigan early in the game. The Wolverines were up 11-7 with 10:52 to play in the first half when they put together a 15-2 run to take control of the game.

Michigan led 32-18 at intermission, as Jacksonville shot just 26 percent (8 of 31) from the field in the first half.

The Wolverines began their win streak with a 78-69 overtime decision over UCLA on Dec 9. Victories at Texas and over Detroit Mercy and Alabama A&M followed prior to the Christmas break.

The Dolphins have lost four of their last five games.

Jacksonville: The Dolphins are 0-7 on the road this season. Jacksonville's Tony Jasick and Michigan's John Beilein are the only coaches in the nation over the last seven years to improve their win total in three successive seasons on two different occasions. Jasick is a native of Whitehall, Mich. Redshirt freshman forward Damien Sears was a high school football teammate of Dallas Cowboys quarterback Dak Prescott in Haughton, La.

Michigan: Junior forward Mo Wagner returned to the Wolverines starting lineup after missing two games with a bone bruise in his foot, scoring five points and pulling down six rebounds. Sophomore Jon Teske averaged 11 points and seven rebounds per game while filling in for Wagner. Matthews' 31-point effort against Alabama A&M in Michigan's previous game made the junior forward the first Wolverine to score 30 points in a game since Aubrey Dawkins scored 31 against Rutgers on March 7, 2014.

Michigan: Resumes Big Ten play with a game at Iowa on Tuesday.