Springer reached base four times while scoring three runs and knocking in a pair. Gurriel and Bichette added run-scoring doubles and the Blue Jays had eight extra-base hits during the first six innings. Toronto has won 12 of its last 15 games, scoring six or more runs in 11 of those victories.

"The at-bats have been great," Springer said. "Guys are starting to slow things down a little bit and starting to understand how they're being pitched. They're just developing a plan and staying with it."

Berríos (5-2) allowed one run and five hits. He struck out five. 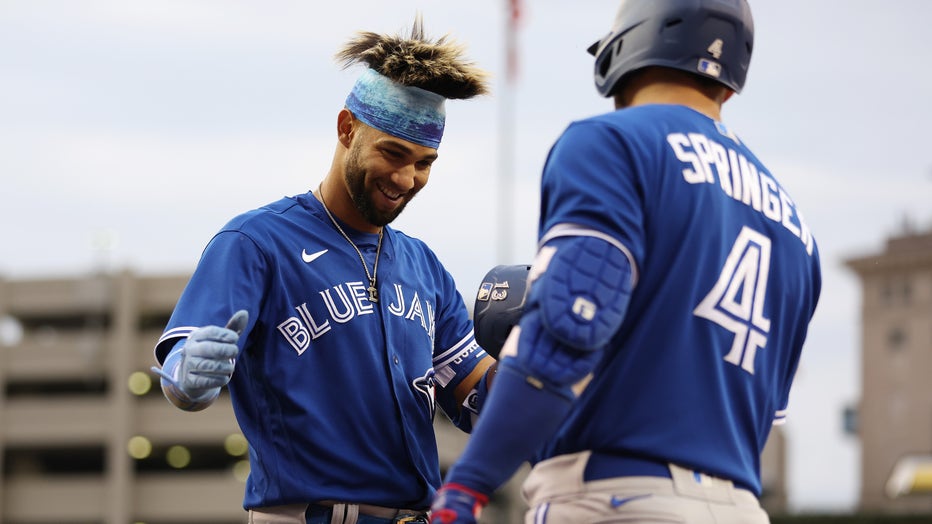 He held Minnesota to two runs and struck out 13 in seven innings in his previous start.

"I've been executing well," he said. "Throwing quite a few sliders, quite a few sinkers. That's why I've been successful out there."

Toronto manager Charlie Montoyo was hopeful of getting a complete game out of Berrios before he ran into eighth-inning trouble.

"He was lights out the whole game," Montoyo said. "He wasn't as sharp at the beginning (of the season) but we're 9-3 when he takes the mound. Now in his last two outings, he's been fun to watch. He gave us eight big innings, almost nine, today."

The game was delayed 26 minutes during the third inning by rain.

Bichette and Alejandro Kirk had RBI doubles in the first. Toronto's home run outburst in the second increased its lead to 6-0.

Rodríguez gave up 10 runs to the New York Yankees in his previous start.

"The middle part of the plate is trouble, especially against an offense like this, the way they're swinging it," Detroit manager A.J. Hinch said. "They can do damage throughout the lineup and we saw it."

Tigers: RHP Casey Mize will have Tommy John surgery, manager A.J. Hinch announced prior to the game. Mize, the top pick of the 2018 June amateur draft, has been on the injured list with a right elbow sprain since April 15 after making two starts this season. Mize's ulnar collateral ligament in his elbow is still intact, but a specialist determined the ligament had stretched to the point where it has lost elasticity and functionality.

Tigers: OF Robbie Grossman (neck strain) was activated from the 10-day injured list. He was removed in the eighth inning on Friday after fouling a ball off his leg. OF Daz Cameron was placed on the COVID IL after being a close contact of someone who tested positive.

Blue Jays: RHP Kevin Gausman (5-4, 2.78 ERA) will make his 12th start on Saturday. He had his shortest outing of the season against Minnesota on Sunday, allowing five runs (three earned) and nine hits in 3 2/3 innings. He's 2-1 with a 3.66 ERA in eight career starts against Detroit.

Tigers: RHP Beau Brieske (0-5, 5.93 ERA) is still seeking his first major league victory, though he deserved a better fate in his last start. He held the powerful New York Yankees lineup to two runs on three hits and struck out seven in six innings on Saturday.