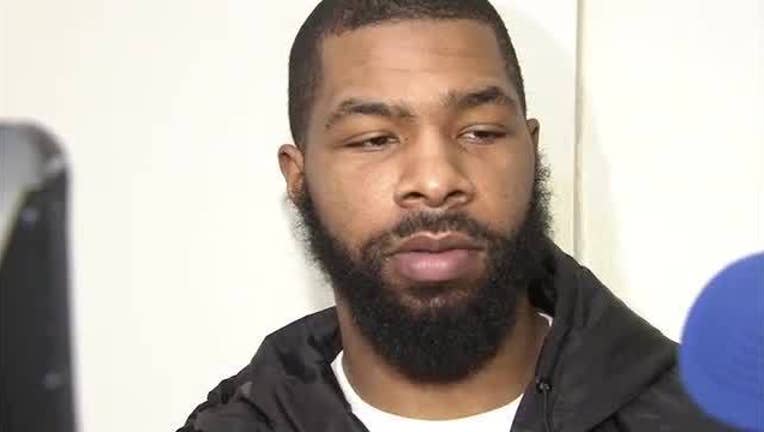 CHICAGO (AP) - Nikola Mirotic scored a season-high 28 points, and the Chicago Bulls beat the Detroit Pistons 117-95 in a matchup between struggling teams fighting for a playoff spot on Wednesday night.

Jimmy Butler added 16 points and 12 assists. Joffrey Lauvergne filled in for suspended center Robin Lopez and outplayed Andre Drummond with 17 points and seven rebounds. Rookie Paul Zipser added a career-high 15 points as the Bulls moved into a ninth-place tie with Detroit in the Eastern Conference.

Tobias Harris and Marcus Morris each scored 14 for the Pistons, losers of five of six. Drummond grabbed 17 rebounds but scored just eight points on 4-of-12 shooting.

The Bulls honored late general manager Jerry Krause with a moment of silence before the game. A Chicago native who oversaw a dynasty that produced two championship three-peats in the 1990s, he died at age 77 on Tuesday.

The Bulls saw a 13-point lead shrink to two with about a minute left in the second quarter. But layups by Lauvergne and Mirotic sent Chicago to the locker room with a six-point lead. They also started a 19-2 run that made it 74-55 in the third, essentially putting away this game.

Lopez and the Raptors' Serge Ibaka were both suspended one game without pay by the NBA for fighting. The two threw punches at each other during Tuesday's game at Toronto.

With backup C Cristiano Felicio (bruised lower back) also out, Lauvergne made his first start since the 2015-16 season with Denver.

Pistons: G Ish Smith made his 22nd start of the season and first since Dec. 2. He replaced Reggie Jackson.