MINNEAPOLIS - Carlos Correa broke out of a slump with three hits and three RBIs and the Minnesota Twins completed a three-game sweep of the Detroit Tigers with a 7-1 victory on Thursday.

Gio Urshela, Trevor Larnach, and Gilbert Celestino all had two hits for the Twins, who have won seven straight and finished off a 6-0 homestand that also included a sweep of the White Sox.

Cody Stashak (1-0) picked up the victory in relief of starter Bailey Ober, who left in the fourth inning with a strained right groin. Stashak worked 1 2/3 scoreless innings, and Griffin Jax blanked the Tigers over the final three innings to earn his first career save.

Tarik Skubal (1-2) took the loss for Detroit, giving up six hits and six runs (three unearned) in six innings. He hadn't allowed an earned run since his first appearance of the season.

Correa entered the game on an 0-for-10 skid that had dropped his batting average to .167. He came through with a two-run double in the fifth, an RBI single in the sixth and another single in the eighth. 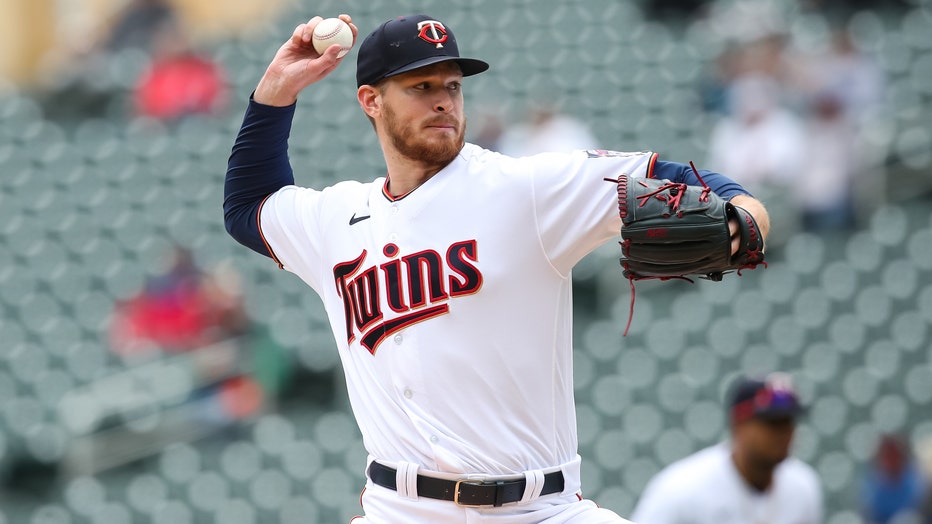 MINNEAPOLIS, MN - APRIL 28: Bailey Ober #16 of the Minnesota Twins delivers a pitch against the Detroit Tigers in the first inning of the game at Target Field on April 28, 2022 in Minneapolis, Minnesota. (Photo by David Berding/Getty Images)

The Twins scored two in the second inning. Urshela singled and Kyle Garlick walked to put two runners on with nobody out. Skubal then struck out Max Kepler and Ryan Jeffers on six pitches. He was one strike away from getting out of the inning, but Larnach lined a single to center to drive in Urshela.

Garlick advanced to third on the throw home, which turned out to be a big play. Celestino followed with a dribbler that rolled down the third-base line, scoring Garlick.

Ober was not sharp, stranding six runners on base through the first three innings. The Tigers finally broke through in the fourth when Jonathan Schoop singled, advanced to second on a balk and scored on a two-out single from Derek Hill.

Ober then called the trainer to the mound, left the game immediately and was replaced by Stashak, who got out of the inning with the Twins still leading 2-1.

Minnesota broke it open in the fifth, with plenty of help from the Tigers' defense. Larnach led off with a single, and when Celestino attempted to bunt him over, Harold Castro's throw hit Celestino, allowing both players to reach.

Jorge Polanco followed with another sacrifice bunt. This time, catcher Tucker Barnhart's throw to first base hit Polanco to load the bases. Correa then lined a double to deep left center that drove in two.

A third run scored, and Correa advance to third, when Willi Castro misplayed the carom for another error, the Tigers' third of the inning.

Urshela's single scored Correa to give Minnesota a 6-1 lead. Correa drove in his third run with a single in the sixth.

Tigers: LHP Tyler Alexander (0-2, 7.20 ERA) will face the Dodgers on Friday night to start a three-game series in Los Angeles. Alexander gave up five earned runs in 3 2/3 innings in a loss to Colorado on Sunday.

Twins: Minnesota opens a three-game series at Tampa Bay on Friday with RHP Dylan Bundy (3-0, 0.59) looking for his fourth win in as many starts. He's allowed just 10 hits and walked one in 15 1/3 innings pitched this year.