Jeremi Grant scored 27 for the Pistons, but only five in the second half. Cade Cunningham had 18 points and 11 rebounds. 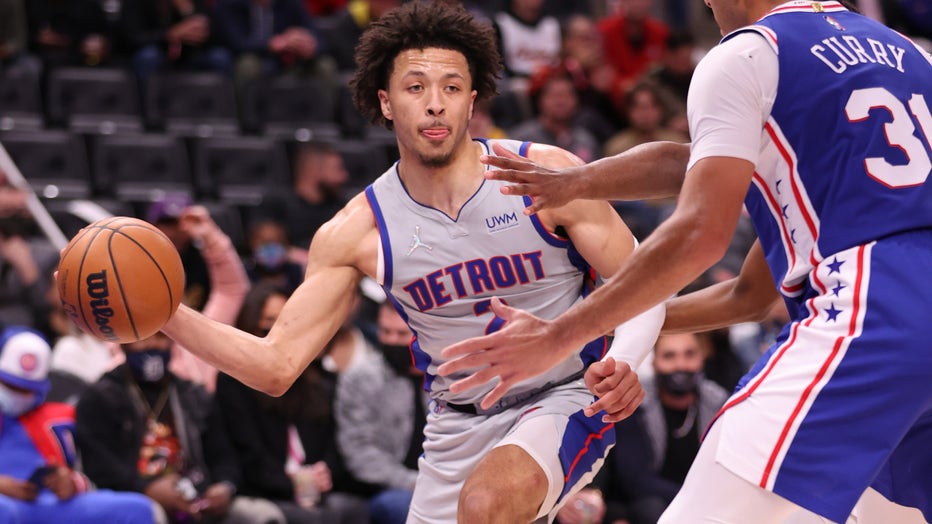 DETROIT, MICHIGAN - NOVEMBER 04: Cade Cunningham #2 of the Detroit Pistons tires to pass around Seth Curry #31 of the Philadelphia 76ers during the second half at Little Caesars Arena on November 04, 2021 in Detroit, Michigan. Philadelphia won the ga

Cunningham beat the shot clock from the center-court logo with 7:20 left in the third, his first make after missing his first 18 career 3-point attempts.

Embiid ended the run with a short jumper, and the Sixers turned two turnovers into easy baskets to make it 103-89 with 5:46 left.

Sixers: C Andre Drummond, who played his first 591 NBA games with the Pistons, was booed every time he touched the ball. ... Embiid's three first-half rebounds gave him 3,000 in his NBA career.

Pistons: Olynyk stole the ball from Drummond and hit a 27-footer at the buzzer to give Detroit a 32-31 lead at the end of the first quarter. ... PG Killian Hayes left the game with a left thumb injury, but returned for the last 6:29.