The Lions took Paschal at No. 46 overall, using the pick it acquired from Minnesota after moving up in the first round to take Alabama receiver Jameson Williams.

Paschal may become be a source of inspiration as a cancer survivor, undergoing three surgeries along with monthly immunotherapy in 2018 to treat malignant melanoma in his right foot.

"I learned to not only take the game, but life, for granted," Paschal said. "And, to take every day and every moment as a blessing." 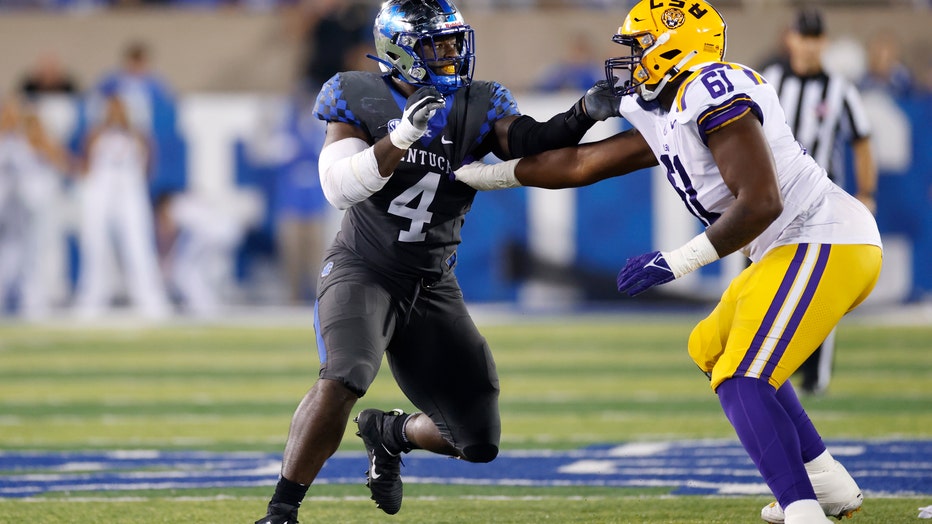 The 6-foot-3, 268-pound Paschal will get a chance to play right away for second-year coach Dan Campbell, bolstering a position group that needed an influx of talent. The Lions averaged just 1.8 sacks last year, ahead of only Atlanta. They gave up 5.9 yards per play and 27.5 points per game, two more categories at the bottom of the NFL.

Paschal had 13 1/2 career sacks and 37 tackles for losses, leading on the field and off it as a three-time captain for the Wildcats.

"I’m a relatable guy," said Paschal, who is from Washington, D.C. "I love to build relationships with my teammates and lead different guys in different ways."

Hutchinson was raised in nearby Plymouth, Michigan, and played high school football at Dearborn Divine Child about five minutes from the facility he will train and practice in as an NFL player.

"To think I’m a Lion, it’s like a wild dream," Hutchinson said. "I’m sure one of these days it’s going to hit me."

The Lions have taken a lot of hits over the years, advancing only once in the playoffs since winning the 1957 NFL title and that lone postseason victory was three decades ago. Hutchinson remembers the team’s 0-16 season in 2008, the low point of a long-suffering franchise.

"Not a ton of great memories," he said.

Detroit is attempting another rebuild, hoping Holmes and coach Campbell can make all the right moves for a team that has averaged just four wins over the past four years.

The Lions went into the NFL draft with an extra first-round pick, acquired as part of the Matthew Stafford trade with the Los Angeles Rams, and used the asset to gamble in Las Vegas on a player they coveted.

Detroit moved up 20 spots to draft Williams at No. 12, sending the Vikings the last pick in the first round, No. 32 overall and a third-round pick for a speedster coming off a knee injury and a slot in the middle of the second round.

"If we have the conviction and we have the buy-in, we know that we’ll be aggressive and go get that player," Holmes said. "There’s not a lot of them, but fortunately Jameson was one."

Jameson, who plans to be ready to participate in training camp, said he hopes to be one of the players to change the team's culture.

"It’s really just flipping a program around," he said. "That’s the main goal, winning games, get in the playoffs, having fun."