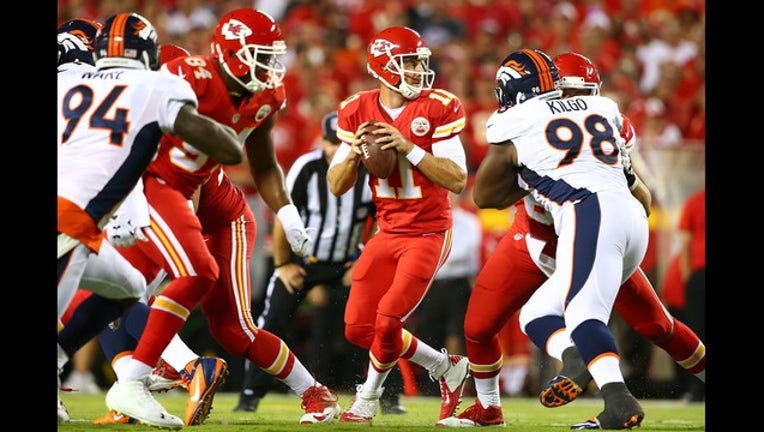 KANSAS CITY, MO - SEPTEMBER 17: Alex Smith #11 of the Kansas City Chiefs drops back to pass against Darius Kilgo #98 of the Denver Broncos rushing during the game at Arrowhead Stadium on September 17, 2015. (Photo by Ronald Martinez/Getty Images)

Kilgo, 27, had five tackles in 11 games last season for the Tennessee Titans.  The University of Maryland alum was originally drafted in the sixth round by the Denver Broncos in 2015.  He also has spent time with the Patriots, Jaguars and Texans.  In 29 career games, the 6'3" 319 pounder has 16 career tackles.