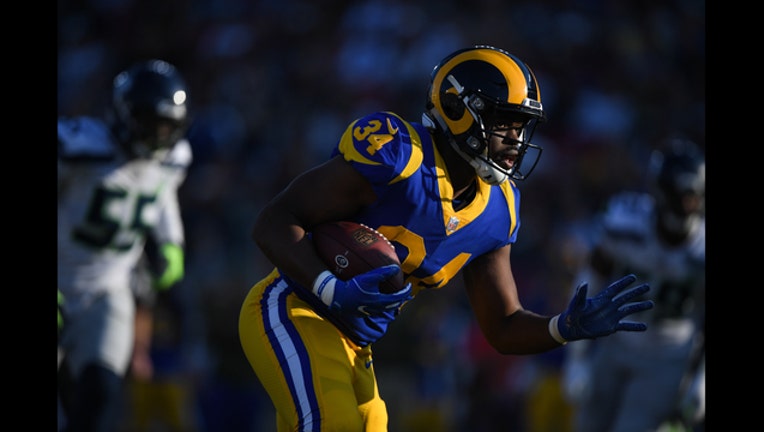 LOS ANGELES, CA - NOVEMBER 11: Running back Malcolm Brown #34 of the Los Angeles Rams runs after his catch in the third quarter against the Seattle Seahawks at Los Angeles Memorial Coliseum. (Photo by Harry How/Getty Images)

The Rams confirmed the move by their restricted free agent on Tuesday.

Los Angeles has five days to match the Lions' offer, or to let Brown leave for Detroit. The Rams won't get any compensation if they lose Brown, a former undrafted free agent from Texas.

Brown has been Todd Gurley's backup for all four of their NFL seasons. Brown was the primary backup for the past two years, rushing for 458 combined yards.

Brown missed the Rams' run to the Super Bowl after injuring his clavicle during a game at Detroit last December. The Rams replaced him with veteran C.J. Anderson, who excelled down the stretch.