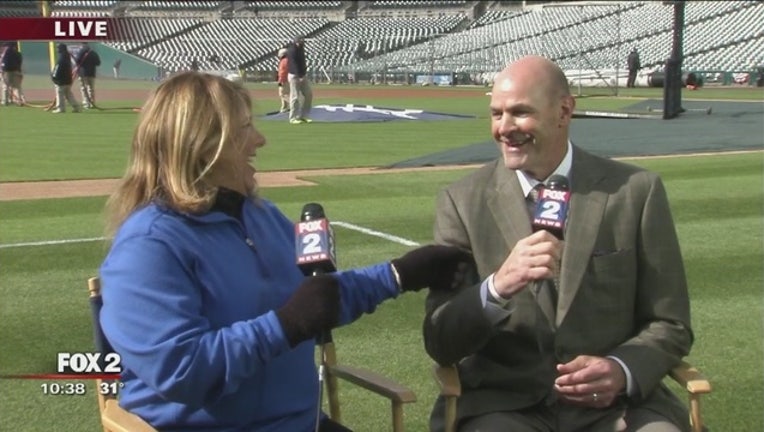 According to the Tigers, Gibson will help with on-field responsibilities at both the Major League and Minor League levels, participate in personnel meetings, travel within the Minor League system and be involved in community relations.

“We’re fortunate to have so many Tigers legends playing key roles in our front office, such as Al Kaline, Alan Trammell, Willie Horton and Jim Leyland, and Gibby fits into that group as well as anyone,” said Tigers Executive Vice President of Baseball Operations and General Manager, Al Avila.. “He comes in with an already established presence in our clubhouse as a broadcaster, and we’re looking forward to having him around more during Spring Training in Lakeland, while he’ll be working with Major and Minor League players across our organization.”

"Spring Training is right around the corner, and I’m really looking forward to be back in Lakeland working with everyone to bring a World Series championship back to the City of Detroit. I remember watching the ’68 team as a sixth grader, participating in the ’84 world championship and I’m excited for the opportunity to contribute to the next championship team," he said.

It was also announced earlier this month that Gibson would head to the broadcast booth with former teammate Hall of Famer Jack Morris. The team will serve as analysts on FOX Sports Detroit with play-by-play broadcaster Matt Shepard for the 2019 season.

Gibson was born in Pontiac, grew up in Waterford, and went to Michigan State where he played both football and baseball. He was drafted in the NFL and MLB (by the Tigers) and chose baseball over football. He was a key member of the 1984 World Series Championship team but is perhaps best known for the game-winning pinch-hit homerun in game one of the 1988 World Series against the Oakland Athletics.

Launched in 1996, the Kirk Gibson Foundation awards partial scholarships to men and women at Clarkston and Waterford Kettering High Schools in honor and memory of his parents. The foundation's mission has expanded to helping find a cure for Parkinson's disease, which Gibson announced he has in 2015. Click here to learn more.