DETROIT (FOX 2) - For the first time in three years, Opening Day - the one we're all accustomed to - is back and the Detroit Tigers are going to be one of the more interesting teams to watch in the American League.

The first game of the season is Friday, April 8, and Detroit is opening at home against the Chicago White Sox. First pitch is at 1:05 p.m. and FOX 2 is your home EVERYTHING you need for Opening Day - PLUS you can watch it LIVE on FOX2Detroit.com.

You can watch every single pitch LIVE on FOX 2. We're starting our coverage well before people tailgate downtown (well, probably SOME of you will be downtown at 5:30 a.m.).

FOX 2 News is on all morning long until 9 a.m. for The Nine which will be LIVE from Comerica Park. Deena Centofanti and Lee Thomas will be on the field to prepare you for everything you need to know about the game, what to expect at Comerica this year, and so much more.

Then at 10 a.m., FOX 2 Sports takes over. Dan Miller and Jennifer Hammond will be live for the next three hours to get you ready for everything you need to know about the first game AND the rest of the season.

At 1 p.m., FOX 2 is simulcasting Tigers Opening Day but it's the ONLY part of the day that you cannot watch on FOX2Detroit.com/live

First pitch will be at 1:05 p.m. and while you can watch the game on TV, FOX 2 will have Charlie Langton roaming around Downtown Detroit throughout the game. He'll be taking in all the sights and sounds of Opening Day as the party outside continues. You CAN watch that live on FOX2Detroit.com.

The Tigers have spent BIG in the offseason - you might have missed some of that as it happened before the MLB lockout - but two-time All-Star infielder Javier Báez is the big splash. He was given a $140 million contract while lefty starter Eduardo Rodriquez is leading the rotation and will take the hill on Friday. 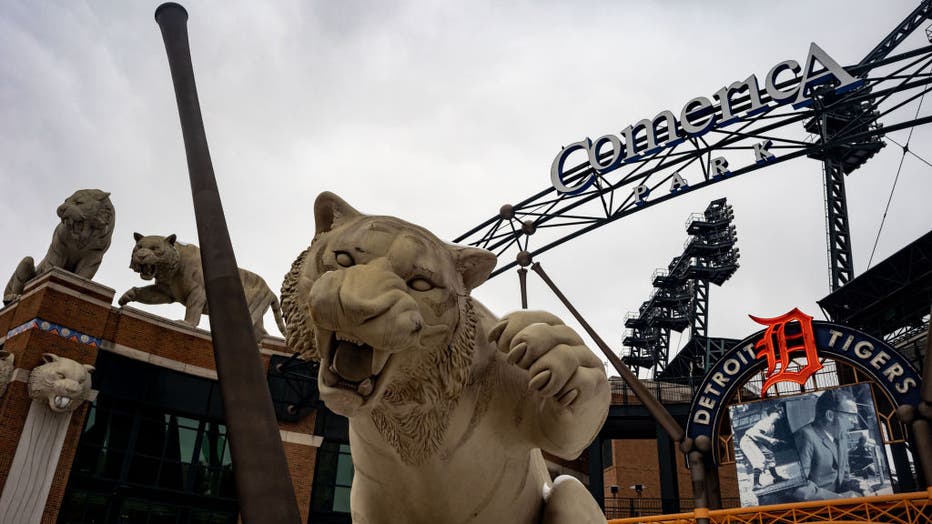