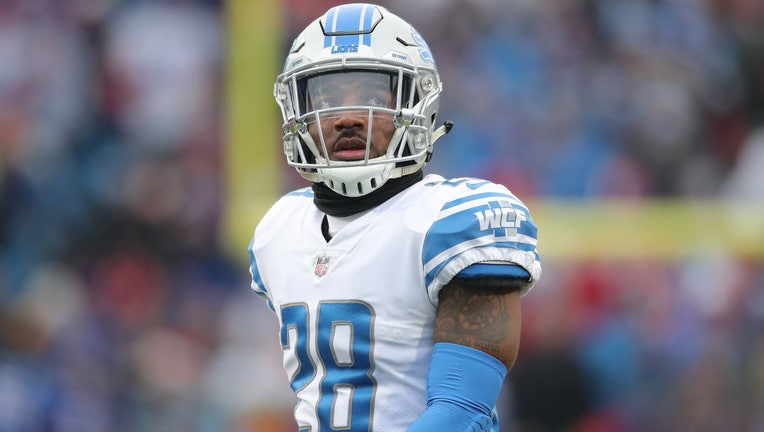 RENTON, Wash. - Quandre Diggs was trying to get some rest on his off day. The incessant buzz of his phone wouldn't give him a chance to rest.

On the other end was his agent, letting him know he was headed to catch a plane for a new destination. He was no longer the defensive captain for the Detroit Lions. Diggs' new home was in Seattle after being traded to the Seahawks.

The versatile safety is now in a whirlwind of trying to get himself acclimated to a new team, a new system and to possibly be in position to contribute on Sunday when the Seahawks travel to Atlanta.

It was a surprising move that interrupted Diggs' rest while his 3-month-old daughter slept. Diggs was a starter with the Lions, who sit at 2-3-1 in the NFC North. He was a team captain. He was able to play both safety positions for the Lions after initially starting his career as a nickel cornerback.

But Seattle had a significant need. The Seahawks' safety depth is essentially gone. Lano Hill is expected to be out for a few weeks with an elbow injury. Starter Bradley McDougald is dealing with back spasms that caused him to miss last week's loss to Baltimore. Coach Pete Carroll sounded pessimistic that McDougald would be able to play against Atlanta.

The injuries left Seattle with only three safeties on the active roster against Baltimore. There needed to be a move and Seattle seemed just as surprised to find the Lions willing to part with a starter.

"I didn't think that could be possible," Carroll said. "We got concerned with our depth and our issues with a couple of guys banged up and not sure when they're going to get back. ... We were looking and it happened to pop up just right.

While Diggs is intrigued by his opportunity with the Seahawks, he was clearly unhappy with leaving Detroit and many of his teammates with the Lions echoed their displeasure with the move.

"The whole team captain aspect, that's tough," Diggs said. "I worked my tail off for those guys in that locker room. I've changed the way I went about my business there and it's tough to leave those guys. I miss those guys, but I guess that's just how things go."

Carroll said Diggs will be sprinkled in at both safety positions, but he first mentioned free safety. Carroll insisted the trade was out of a need for depth and not an indictment of starting free safety Tedric Thompson, who has struggled at times this season. Thompson was responsible for the blown coverage that led to a 50-yard pass play in the loss to Baltimore last Sunday.

But Diggs' versatility to play both safety positions and a little cornerback if needed will be fully examined by the Seahawks.

"They've used him in a number of different ways so there is a big variety of background that I just think he's been a unique player," Carroll said. "He's one of those guys I've seen for a long time and liked for a long time."

One aspect helping Diggs' transition will be the number of connections already in Seattle. Wide receiver Tyler Lockett is one of his closest friends. Diggs played several seasons with Ziggy Ansah and last year with Luke Willson.

"He really talks the talk and that's the thing you learn when you are around him," Lockett said. "He's going to set you straight. He's not going to tell me something that's not true about myself. He's going to tell me the truth about myself, if I'm playing too much, if I'm taking it too personal, whatever the case is. Just to have him here allows you to have another accountability partner."