Dr. Fauci says everyone should get on board with COVID-19 safety precautions

Dr. Anthony Fauci, the director of the National Institute of Allergy and Infectious Disease, laid out a timetable on Monday for when sports teams will likely be able to pack stadiums and arenas again.

The NBA will be the first major sport to make a second return this year as the threat of the pandemic continues to grow and, according to Dr. Fauci, it will be some time before arenas like the Staples Center in downtown Los Angeles will be sold out.

“We're gonna be vaccinating the highest-priority people [from] the end of December through January, February, March,” Fauci told Yahoo Sports in an interview published on Monday. “By the time you get to the general public, the people who'll be going to the basketball games, who don't have any underlying conditions, that's gonna be starting the end of April, May, June.” 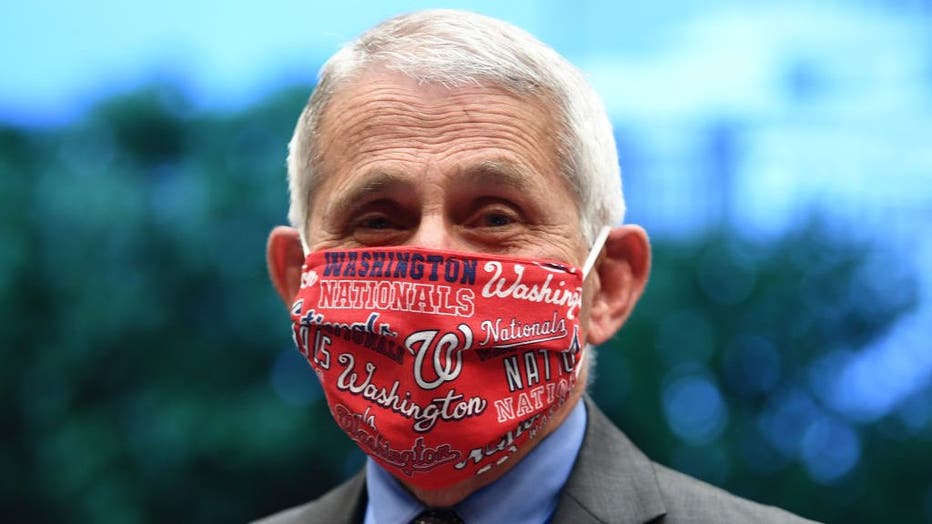 Director of the National Institute for Allergy and Infectious Diseases Dr. Anthony Fauci is see with a Washington Nationals face mask when he arrives to testify during the US Senate Health, Education, Labor, and Pensions Committee hearing to examine

Fauci was more optimistic about the NFL next season, which in a normal year begins with preseason games in August, saying he thinks it’s “possible” for packed stadiums by that time.

But all of this will be contingent on how widely used the vaccine for COVID-19 is.

As of Tuesday, the U.S. had tallied over 13.5 million cases of the novel coronavirus, and more than 268,103 deaths, which is nearly 100,000 more fatalities than the second-highest death toll in Brazil.

The NBA sent out a 63,000-word document to teams over the weekend explaining some of the health and safety protocols ahead of the season start on Dec. 22. The plan will still need to be approved by the NBA Players Association but it will provide the blueprint for teams to begin training camp this week.

Fox News’ Alexandria Hein and The Associated Press contributed to this report. Get updates on this story from foxnews.com.