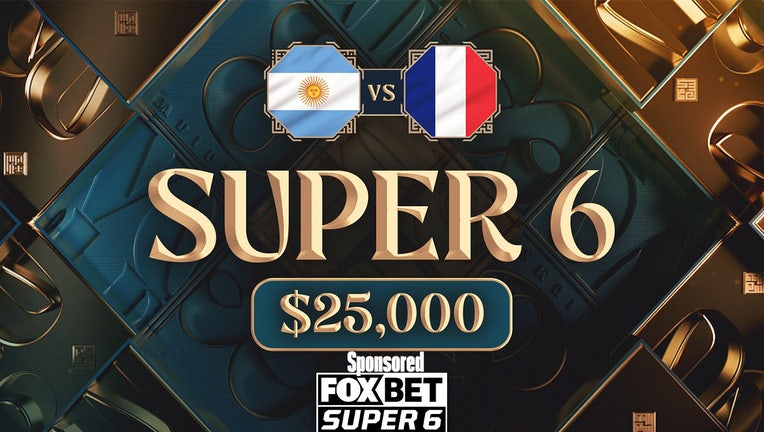 The 2022 FIFA World Cup Final will feature a showdown between reigning world champion France and an immensely talented Argentina team.

Not even a veteran scriptwriter could have penned it more perfectly. Especially considering the obstacles both teams have endured as they've battled to arrive at the Final destination.

Most recently, the French team has been fighting a flu-like virus that sidelined a couple of key players when Les Bleus faced Morocco in the semifinals. And at the beginning of the tournament, Saudi Arabia got a shocking victory over La Albiceleste, which was arguably the biggest upset in World Cup history.

Both teams were the favorites entering their semifinal matches, and both squads had to prove they were worthy of advancing. Argentina played a Croatia team that was riding the momentum of its upset over Neymar and Brazil. France faced feisty underdog Morocco — a squad that made history as the first African nation to earn a semifinal spot at the Cup.

But decorated soccer savant Lionel Messi & Co. persevered, pummeling Croatia 3-0. Les Bleus bested Morocco in their midweek match 2-0. Now, we're on the brink of getting the answers to the most pressing questions of the 2022 tournament.

Will Leo, in his last hurrah, capture the one trophy that has eluded him his entire career? Or will Kylian Mbappé and the champions protect the throne and leave Qatar with back-to-back crowns?

With stakes this high, we had to give you a chance to get in on the World Cup action and potentially win some money. And FOX Bet Super 6 has you covered on that front.

How to play FOX Bet Super 6

FOX Bet Super 6 is a free-to-play contest where you pick six different outcomes from the 2022 FIFA World Cup Final between Argentina and France for a chance to win the $25,000 jackpot. Just download the FOX Bet Super 6 app on your phone or mobile device, make your picks and submit your selections before the match kicks off Sunday at 10 a.m. ET.

It's easy, it's fun to play, and, most importantly, it's FREE!

You don't want to miss out on your chance to cash in on this huge game. It's a once-in-every-four-year opportunity, after all!

Before you open up the contest and get in the game, here's a preview of the questions you'll find in the app. AND if you need a little help, a prediction at the end!

Question 1: Which team will have more possession and how much will they have?

Question 2: Which team will have the first card shown and in which minute?

Question 3: Which team will have the first goal and in which minute?

Question 4: Which team will have more corners and how many corners will there be combined?

Question 5: Which team will have more total shots and how many will they have?

Question 6: Who will win and what will the score be? (PKs = Win in Penalties)

We've told you before, and we'll say it again, Kylian Mbappé is a force. And it was his quickness and athleticism that led Les Bleus over La Albiceleste back in 2018 in the Round of 16. In addition to Mbappé, France is stacked with players like Tchouameni and Dembele.

But some reverence has to be given to Messi. Throughout this tournament, he has proven why he's one of the — if not the very — best in the world. Now he has the chance to lead his team to victory over the reigning champions while capturing his first World Cup in what will be his final match on this global stage.

Both these teams will leave all their sweat on the field in Qatar, but it will be Argentina that escapes with the spoils, with Messi hoisting the championship trophy.

Now it's your turn to try your luck at $25K. Open your FOX Bet Super 6 app and make your selections for the World Cup Final challenge before the match kicks off on Sunday.

And remember, you can watch all the action right here on FOX and the FOX Sports App!

Download the FOX Bet Super 6 app for your chance to win thousands of dollars on the biggest sporting events each and every week! Just make your picks and you could win the grand prize. Download and play today!