The score was tied going into the fourth quarter, but Indiana got to the basket on its first three possessions to go ahead 79-73. The Pacers, though, couldn’t hit enough jumpers to take control of the game, and then Sabonis missed three straight free throws.

Detroit went ahead 85-82 on Joseph’s 3-pointer with 5:46 left, and Cunningham followed with a layup in traffic. 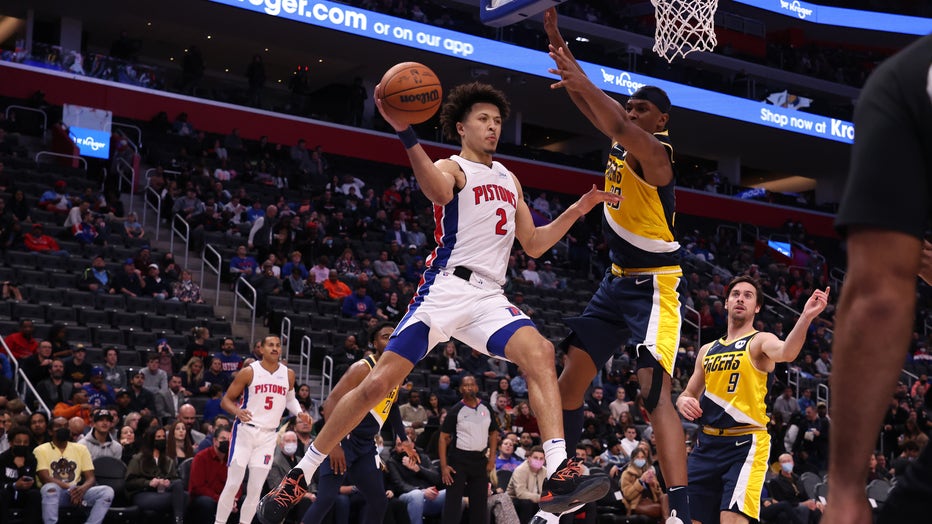 DETROIT, MICHIGAN - NOVEMBER 17: Cade Cunningham #2 of the Detroit Pistons passes the ball next to Myles Turner #33 of the Indiana Pacers during the second half at Little Caesars Arena on November 17, 2021 in Detroit, Michigan. Detroit won the game 9

The Pistons led 49-41 at halftime, aided by 17 points off 14 Pacers turnovers. Joseph had 10 points in 13 minutes with the second unit, while Brogdan had 14 of the 27 points scored by the Indiana starters.

Detroit quickly increased the lead to 11 in the third quarter, but LeVert and Sabonis combined for 18 points in seven minutes as Indiana tied the game at 59.

Pistons: Bey hit his 200th career 3-pointer in his 84th game, matching the third-fewest games for any NBA player. Duncan Robinson did it in 69 games, Anthony Edwards took 82 games and Donovan Mitchell also did it in 84.