The Spartans (5-0) seemed flat for a second straight game at home after beating No. 6 Duke with an inspired effort on the road. They led the Broncos (0-2) by just two points midway through the second half and trailed for six-plus minutes in the game. 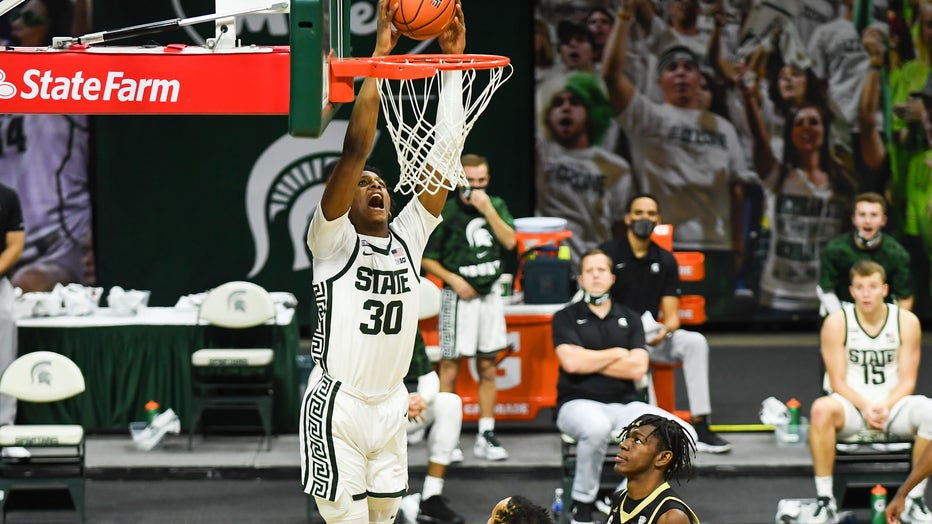 Hauser, who made a career-high six 3-pointers on 10 attempts, helped Michigan State pull away with a 19-6 run that was capped by

Western Michigan played for the first time since Nov. 25, when it

Michigan State, which barely beat Detroit 83-76 on Friday night, was sluggish early. The start may have been slowed by Aaron Henry being forced to come off the bench because he was late to a team meeting.

Henry finished with 12 points and five assists, while Rocket Watts had 10 points and six assists.

The Spartans led 39-35 at halftime and didn't built a cushion until late in the game.

Western Michigan had its two previous games canceled because of coronavirus issues at Trine and at Notre Dame, due to a small outbreak within the Broncos' program.

Western Michigan: First-year coach Clayton Bates can be proud of his team's showing after being off for more than 10 days and facing one of the nation's top teams.

Michigan State: The deep and talented team is playing well in stretches and very poorly at times, a concern for coach Tom Izzo.

The Spartans should move up in the Top 25 on Monday after winning three games, including over No. 6 Duke.

Michigan State: Plays at No. 15