DETROIT - Nemanja Bjelica scored 17 of his 21 points in the first half, and the Miami Heat routed the Detroit Pistons 120-107 on Sunday night despite holding out several key players in a relatively meaningless game.

Precious Achiuwa scored a career-high 23 points and Max Strus added 20 for the Heat.

Miami, locked into the No. 6 seed in the Eastern Conference, played without Bam Adebayo (rest), Trevor Ariza (rest), Jimmy Butler (lower back), Goran Dragic (lower back, right knee), Andre Iguodala (left hip) and Kendrick Nunn (left calf). All of those players except Butler played the previous day in a loss at Milwaukee. 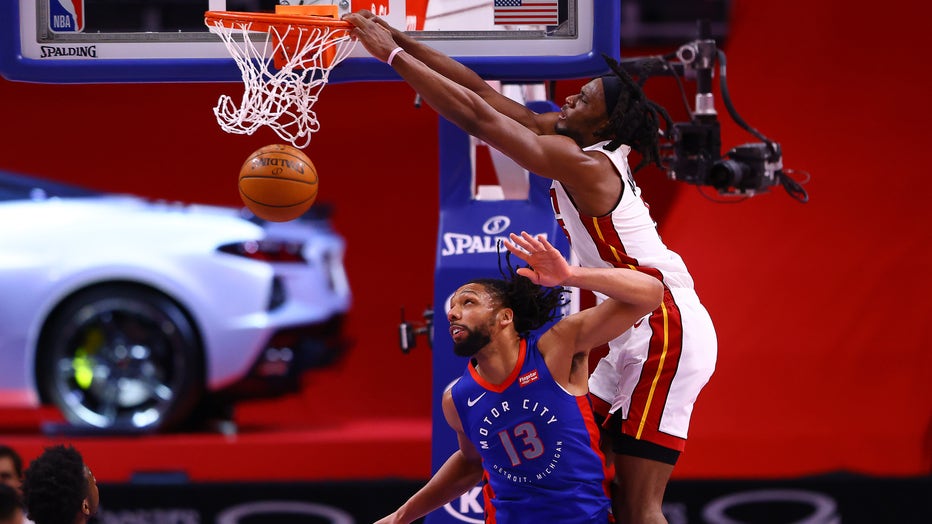 DETROIT, MICHIGAN - MAY 16: Precious Achiuwa #5 of the Miami Heat dunks the ball over Jahlil Okafor #13 of the Detroit Pistons in the second half at Little Caesars Arena on May 16, 2021 in Detroit, Michigan. NOTE TO USER: User expressly acknowledges

The Heat still had no trouble with Detroit, which also was without several key players. The loss assured that the Pistons would finish alone with the second-worst record in the league. Detroit will now have a draft pick no worse than sixth.

Detroit finished the season with five straight losses. The Pistons haven't picked in the top six in the draft since they infamously selected Darko Milicic at No. 2 in 2003.

Pistons: Never led in the game and trailed by as many as 28 points.