Cleveland rookie Ernie Clement hit the first two homers of his career while Miguel Cabrera stayed one drive short of No. 500 as the Indians beat the Detroit Tigers 7-4 on Friday night. 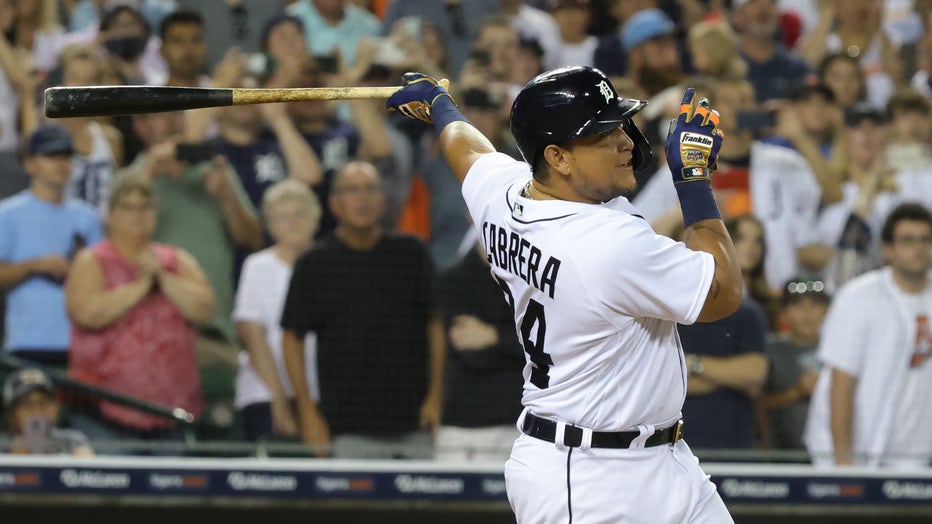 DETROIT, MICHIGAN - AUGUST 13: Miguel Cabrera #24 of the Detroit Tigers flies out to center field to end the eight inning of the game against the Cleveland Indians at Comerica Park on August 13, 2021 in Detroit, Michigan. (Photo by Leon Halip/Getty I

Yu Chang homered and tripled for the Indians, who improved to 11-5 against Detroit this season.

Zach Plesac (7-4) allowed two runs on five hits in seven innings. He struck out eight without a walk.

Tyler Alexander (2-2) gave up four runs in five innings and took the loss.

Eric Haase hit his 19th homer and Renato Nunez hit a two-run shot for the Tigers in the ninth.

Nick Castellanos added a solo homer and Eugenio Suarez hit a two-run shot for the Reds.

Mahle (10-3) allowed three hits and walked none in his second straight win. Michael Lorenzen worked the eighth and Heath Hembree gave up a run in the ninth.

Zack Wheeler (10-7) struggled on a steamy night. The ace right-hander struck out six and gave up four hits in six innings.

The Phillies (60-56) started the night in first place in the NL East.

Xander Bogaerts, Bobby Dalbec and Hunter Renfroe homered for the Red Sox, who are trying to snap out of a funk that knocked them back in the AL East.

Nick Pivetta (9-5) struck out eight in six innings. Garrett Richards pitched the final three innings and was credited with his first save since 2013.

Richie Martin homered for Baltimore, which lost its ninth straight.