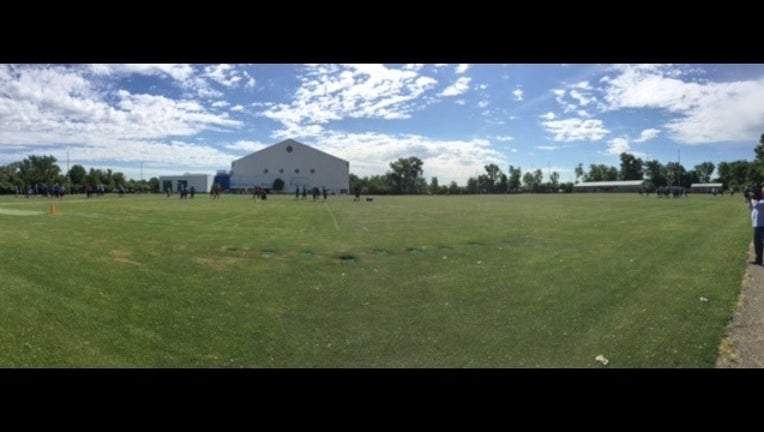 Lions' tight-end Eric Ebron participated in the OTA for the first time in front of the media Thursday.

Lions' offensive coordinator Jim Bob Cooter spoke for the first time this offseason on what he wants to see accomplished this season.

Glover Quin was not at the OTA today for the second week in a row when media is allowed there.  Last week Caldwell said his absence isn't injury related.

Not unexpected, but inured Lions Brandon Pettigrew and Ameer Abdullah were not seen by the media.  Bob Quinn said Monday that Abdullah is likely to be ready for camp, while he wasn't as optimistic on Pettigrew.

Jim Caldwell said Corey Fuller had successful surgery on his foot yesterday, but would not give a timetable for his return.

Stephen Tulloch's saga continues as he continues to not be at the facility with no resolution as of yet.  Tulloch talked about his future with the Lions Thursday morning on FOX 2's "The Nine".

Taylor Decker continues to be the first team left tackle in practice.  Travis Swanson was back at first team center after missing last Thursday's OTA.