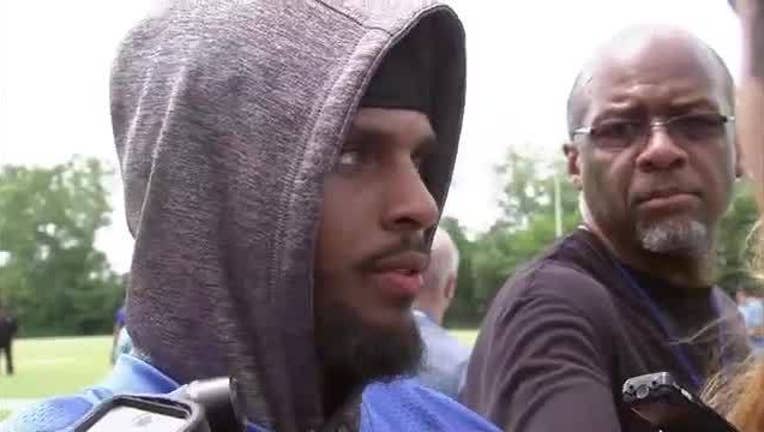 ALLEN PARK, Mich. (WJBK) - The Detroit Lions held their first of three mandatory mini-camp practices Tuesday as it's their final week of practices before training camp.  Don Carey, T.J. Lang, Armonty Bryant, Tahir Whitehead & Theo Riddick worked on the side and did not practice.  Taylor Decker was in a sling over his right arm and watched from the sidelines. Martha Ford watched practice as well.

One other interesting thing happened near the end of practice when an intruder walked into practice.

The police came and took the intruder away.

Jim Caldwell spoke to the media before practice and here were some highlights: