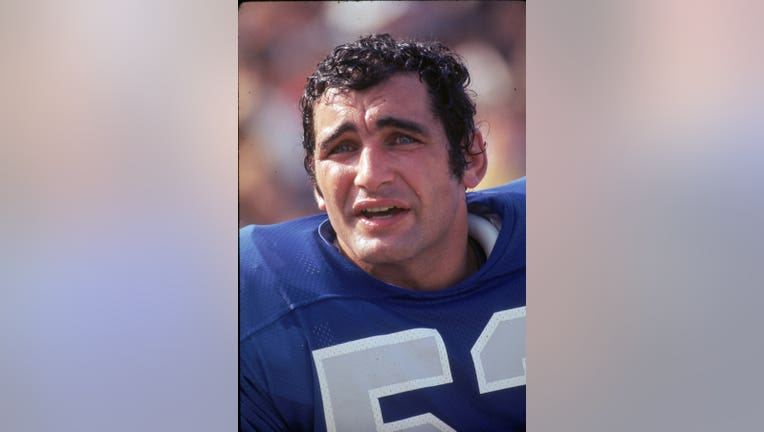 ANN ARBOR, MI - AUGUST 17: Linebacker Mike Lucci #53 of the Detroit Lions watches from the sideline against the Cleveland Browns during a preseason game at Michigan Stadium on August 17, 1972 in Ann Arbor, Michigan. The Lions defeated the Browns 34-7

The family of Lucci confirmed to the Lions that the former linebacker passed away at the age of 81. Lucci was originally selected by Cleveland in the fifth round in the 1961 draft.

The University of Tennessee product was traded to Detroit in 1965. During his nine seasons with the lions, he earned all-NFL honors in 1969 and was named to the Pro Bowl after the 1971 season. He was also named the team's defensive MVP from 1969 to 1971.

Lions owner Sheila Ford Hamp released a statement, calling him a legend in the community as well as on the field.

"We are deeply saddened to learn of the passing of Mike Lucci, whose passion for life was felt by all who knew him. Many will remember Mike for his toughness as a player during his nine seasons with the Lions, earning Pro Bowl honors in 1971 and being named the team’s defensive MVP three times. His positive presence as a leader within our Lions Legends community made him a familiar face to all, and his willingness to give back will always be part of his great legacy. We extend our heartfelt sympathies to his wife, Patricia, and the entire Lucci family," Ford Hamp said.

After his playing career ended, Lucci served as a radio analyst for Lions games for a few years before becoming a successful businessman in the Detroit area. He's also a member of the Michigan, Pennsylvania, and National Italian-American Sports Halls of Fame.