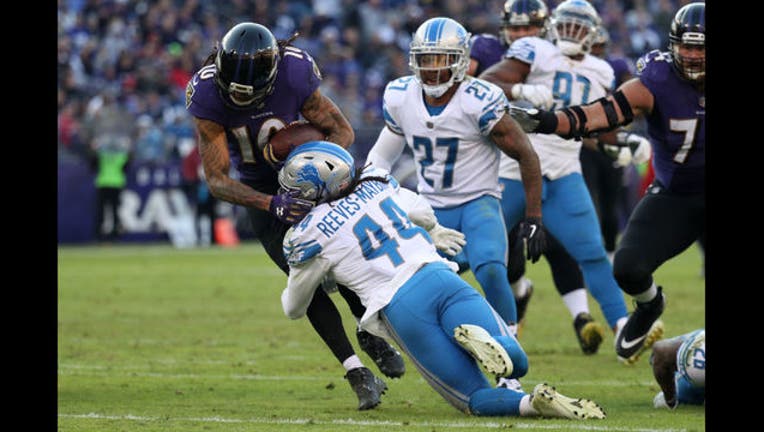 BALTIMORE, MD - DECEMBER 3: Wide Receiver Chris Moore #10 of the Baltimore Ravens is tackled by linebacker Jalen Reeves-Maybin #44 of the Detroit Lions in the fourth quarte. (Photo by Rob Carr/Getty Images)

Reeves-Maybin is tied for the team lead with six tackles on special teams and he had seven tackles on defense this season.