Coach Matt Patricia announced the move Monday. The Lions took Hockenson in the first round of this year’s draft. He has caught 32 passes for 367 yards and two touchdowns.

The loss of Hockenson is another blow to an offense that has been without quarterback Matthew Stafford and recently put backup quarterback Jeff Driskel on IR. 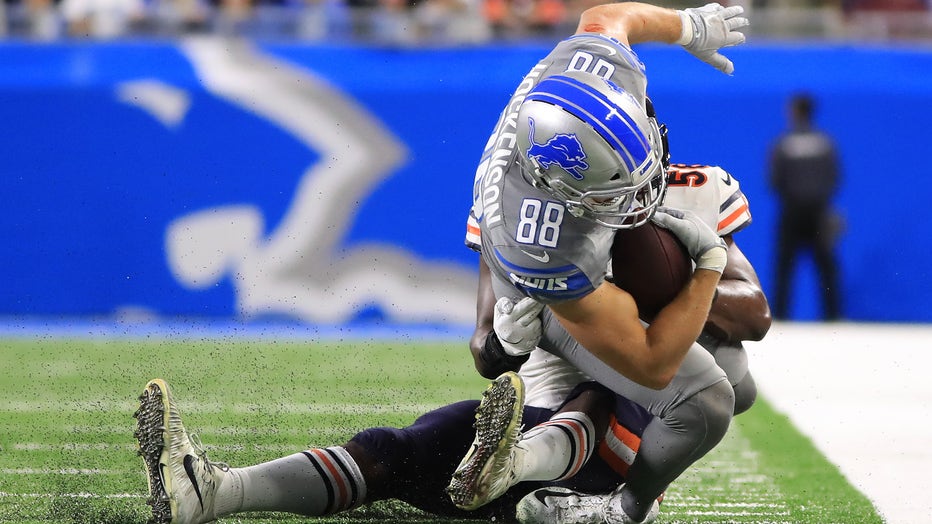 DETROIT, MICHIGAN - NOVEMBER 28: T.J. Hockenson #88 of the Detroit Lions injures his leg after a fourth quarter catch while being tackled by Roquan Smith #58 of the Chicago Bears at Ford Field on November 28, 2019 in Detroit, Michigan. Chicago won th

Hockenson caught six passes for 131 yards and a touchdown in Detroit’s season opener against Arizona. That was his only 100-yard game.

The Lions play at Minnesota this weekend.