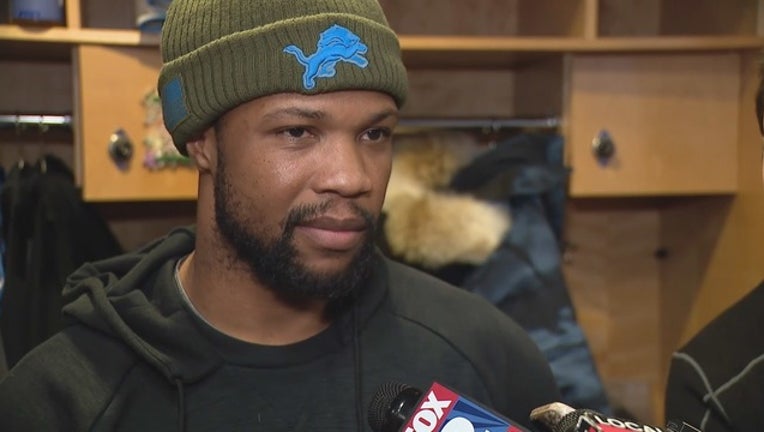 The Lions are 5-8 and in last place in the NFC North, but last weekend, they went on the road and beat Arizona .

Next up is a trip to Buffalo for another winnable game, so talk radio has been ablaze with chatter about whether more victories are even desirable at this point.

Quin, a veteran safety for the Lions, was actually asked about the topic in the locker room this week.

"We go out and try to win every game," he said.

Quin was merely stating the obvious, and for now at least, Detroit has an easy response to any questions about tanking: The Lions haven't even been eliminated from the playoff chase yet. Their chances are certainly slim, but right now Minnesota is the team occupying the last postseason spot in the NFC, and the Vikings are only 6-6-1.

Carolina (6-7) has lost five straight games. Washington (6-7) has dropped four in a row and appears to be unraveling. Philadelphia (6-7) has a tough game coming up against the Rams. Green Bay (5-7-1) already fired its coach.

The Lions have been a disappointment this season, and they have significant injury issues on both sides of the ball, but if they can beat the Bills, that would set up a home game against Minnesota that might actually mean something.

Quin is aware of the playoff scenarios, even if he tries not to dwell on them.

"I've seen it. Obviously, I'm not blind, I'm not oblivious to the fact. I'm not dumb either. I kind of understand. I can look at the records and say, OK, well this is kind of how it's going to play out," Quin said. "None of that stuff matters if we don't take care of our business, so we've got to win out."

Detroit has been without rookie running back Kerryon Johnson for the past three games because of a knee injury, and the team put defensive end Ziggy Ansah on injured reserve this week. Quarterback Matthew Stafford has continued to play, but he's been dealing with back issues.

Just beating Buffalo on the road may be a challenge, and then the Lions have divisional games against Minnesota and Green Bay to get through after that.

"Just the continual improvement of the team is what we're looking for," first-year coach Matt Patricia said. "Maybe we can keep trying to string some things together or tie some new things on our list into the things that we've improved on and get better overall as a team. That's really our main goal and hopefully put ourselves in position to go win."

It is no longer possible for the Lions to match their 9-7 mark from the 2017 regular season, but the bar is being set pretty low in this year's postseason race. So Detroit still has a chance.

And as Quin assured reporters, the players will definitely be playing to win.

"Nobody goes out there and just tries to get beat up on," Quin said. "If you're going to tank in something, you tank in basketball or baseball, where it's not physical. You go out on the football field tanking, you're going to get yourself hurt."