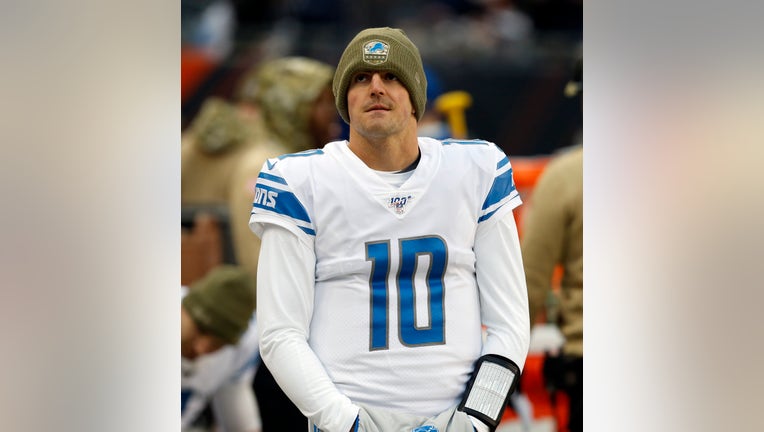 CHICAGO, ILLINOIS - NOVEMBER 10: David Blough #10 of the Detroit Lions stands near the bench during the game against the Chicago Bears at Soldier Field on November 10, 2019 in Chicago, Illinois. (Photo by Nuccio DiNuzzo/Getty Images)

The Detroit Lions will be starting third-string quarterback David Blough in tomorrow's Thanksgiving game, the team announced in a statement.

Blough will start in place of the injured Jeff Driskel against the Chicago Bears. Driskel, who was listed on the injury report at questionable due to a hamstring problem, will be available as the backup.

Franchise quarterback Matthew Stafford remains out with fractured bones in his back. The Bears are three-point favorites in the 12:30 holiday tilt at Ford Field.