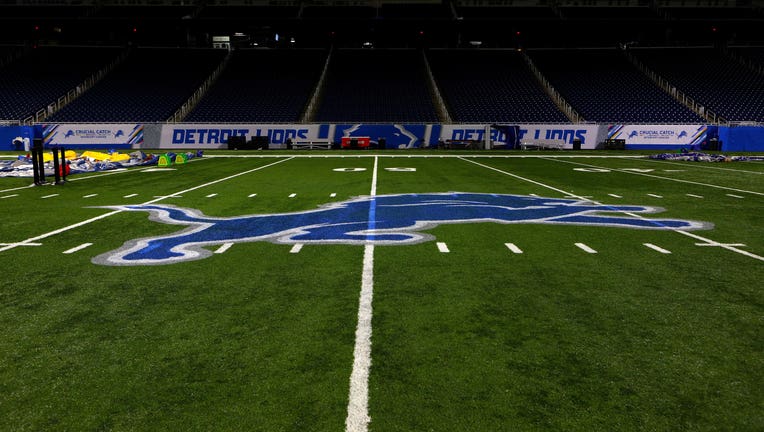 DETROIT (FOX 2) - The Detroit Lions are welcoming fans back to Ford Field on Sunday, Sept. 12, when they take on the San Francisco 49ers at 1 p.m.

The two teams combined for a total of 11 wins in 2020 - with Detroit winning 5 and San Francisco slightly better at 6. However, both teams lost a significant amount of games (Detroit - 11, San Francisco - 10) and both are looking for a better season.

With Jared Goff stepping into the quarterback role in Detroit, who is under center for the 49ers could change throughout the game. Jimmy Garoppolo is expected to start but rookie Trey Lance could have his own package of plays. New Lions head coach Dan Campbell said the team is trying to be ready for either one.

"I think you’ve got to prepare for both," Campbell said Monday. "You have to assume that they may try to mix (Lance) in there and use him a little bit. We’ll make sure that we’ve taken care of some of that."

How to watch Lions vs. 49ers

Gameday starts much earlier than the 1 p.m. kickoff.

FOX 2 Lions Gameday live airs LIVE from Ford Field starting at 10 a.m. You can watch every single minute of Gameday live at FOX2detroit.com/live. The hour-long show will preview the game and the upcoming season.

The game starts at 1 p.m. at Ford Field in Detroit and, if you don't have tickets, you can watch every single play on FOX 2. NOTE: You cannot watch it on our live page. NFL rules prohibit us from streaming it. However, you can see every play on FOX 2. Here's how to watch it on any TV provider in the Detroit area:

How to stream Lions vs 49ers

The game is available for streaming on other platforms on your computer or your phone or tablet. To watch on a computer, pull up detroitlions.com and look for the link to watch live when the game starts.

On your phone or tablet, download the Detroit Lions and tap on the banner at the top of the page when the game has started.

Listen to the game

If you're on the move, you can set your radio to 97.1 to listen to Dan Miller call the game. He'll be joined by Lomas Brown on color commentary and T.J. Lang is reporting from the sidelines.

What's the line on the Lions vs 49ers?

Detroit fans may want to look away. The Lions are not expected to win this game, even though it's at home. In fact, San Francisco is favored on FOX Bet by more than a touchdown to take the win back to the bay.

That means if the Lions win or lose by less than 7, and you bet on the Lions to cover, you win!

Are there tickets still available for the Lions vs 49ers?

As of Wednesday, Sept. 8, yes, there are still tickets available throughout the entire stadium.

Seats in the 300 area (the top) are going for $54 each while tickets in the lower bowl are going for under $100 each. You can find tickets on the Lions' site