CHARLOTTE, N.C. - Malik Monk hit a 3-pointer at the buzzer to give the Charlotte Hornets a 109-106 victory over the Detroit Pistons on Friday night.

After Derrick Rose drove the lane and awkwardly threw the ball away with a second left, Charlotte got it at midcourt. Following a timeout, the Hornets threw several screens, with Monk flying around one near the top of the key. He caught a pass from Cody Martin and launched the winner.

Monk finished with 19 points on 8-of-12 shooting to help the Hornets snap a four-game losing streak. Terry Rozier added 19 points and Devonte Graham overcame a slow start to finish with 18 and 10 assists.

Charlotte rebounded from a difficult home loss to Memphis on Wednesday night when Ja Morant beat them with a driving layup with 0.7 seconds left. 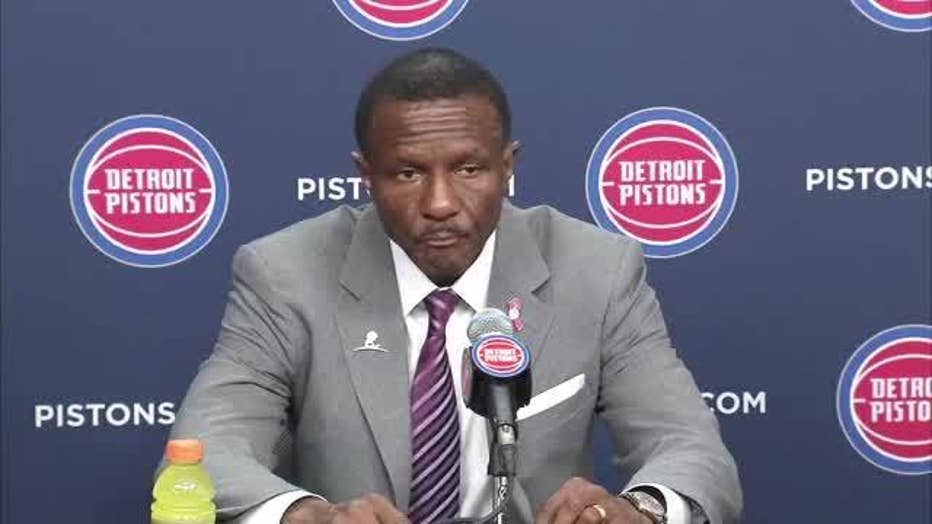 Langston Galloway had a career-high 32 points on seven 3-pointers for Detroit, and Andre Drummond added 16 points and 20 rebounds. Blake Griffin had 19 points on 6-of-19 shooting after missing the last three games with left hamstring and posterior knee soreness. The Pistons have lost four straight.

In what has become a disturbing trend for the Hornets, they started slow and dug themselves an 11-2 hole after missing six of their first seven shots. Charlotte (5-7) has trailed by double digits in all 12 games this season.

But the Hornets would battle back from 14 down in the third quarter to tie the game heading into the final quarter on a buzzer-beater 3 from Cody Zeller. Charlotte then opened the fourth quarter on a 13-5 tear behind Graham’s shooting and Monk’s coast-to-coast layups.

Pistons: Bruce Brown and Cody Zeller had to be separated after getting tied up underneath the basket midway through the fourth quarter. They were called for double fouls.

Hornets: Graham got his second straight start with Dwayne Bacon (sore right knee) still out. ... Coach James Borrego got a technical when he argued an offensive foul against Miles Bridges when he accidentally elbowed Griffin in the head.

Pistons: At Chicago on Wednesday night.