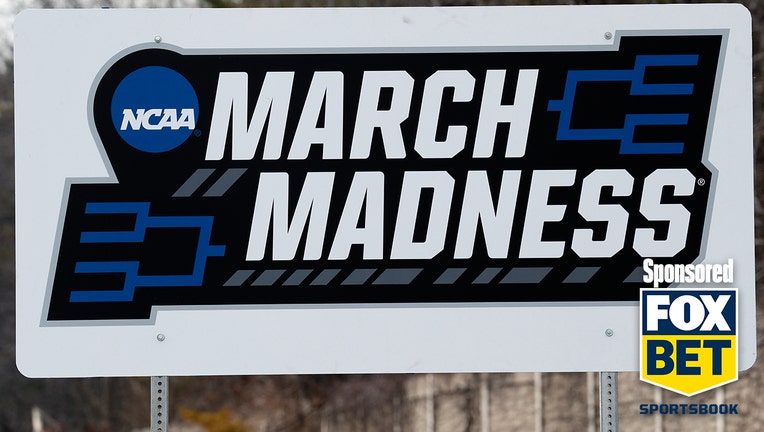 A March Madness sign displayed on I-465 interstate before the 2021 NCAA Men's Final Four as seen on March 9, 2021 in Indianapolis, Indiana. (Photo by Brian Spurlock/Icon Sportswire via Getty Images)

While filling out an NCAA Tournament bracket might not be the first priority for a professional sports bettor once the matchups are revealed, eventually, even the best in the business will put pen to paper and take a shot at predicting how the field will play out.

The whole process of filling out a bracket is fun – and it's simultaneously something that is accessible to the masses and something that feels like gambling, without being overwhelming. That's great since we're always looking to bring more people into this beautiful sports betting world of ours.

Once the field is released on Selection Sunday, the best bettors are poring through power ratings and finding their best edges to make bets on the first-round games, sure. It’s a market that fluctuates by the minute, and pro bettors are busy taking Winthrop at +7.5 and +7. (Winthrop is now +6 against Villanova, in case you were wondering.)

"There’s a lot of numbers grabbing and a ton of line movement," one professional bettor told FOX Sports. "We went Over 157 in Alabama-Colgate, and then came back Under 163. That’s what we do on Sunday."

But once it's time to turn to the brackets, those bettors are in it to win – just like you. And, go figure, they rely on future odds as a compass to navigate the four regions; numbers are everything to lots of these folks.

The regional betting markets in particular, which are relatively new, can be a really fun way to bet the tournament and can offer you some guidance as you fill out your bracket. Picking the national champion is a glorified dice roll, but picking a Final Four team is a lot less daunting.

The odds also give you a pretty solid idea of which teams the bookmakers respect the most. So think twice about advancing a team that’s 16-to-1 to win their region into the national championship. Maybe the mascot is cute and the uniforms are cool, but let’s get serious.

"The numbers aren’t always right, but they don’t lie," the aforementioned bettor said. "Gonzaga is -225 or higher to win the West. I won’t lay that price with my own money, but the house is telling you that there’s a 70 percent chance they make it to the Final Four. So I’ll put ‘em through on my bracket.

"I almost build the bracket backward. Put the best teams in the Elite Eight and work back from there. That way I’m not worrying about how far I have to advance Georgetown or something. It removes a lot of the guessing down the road.

"Sure, there are upsets, but the longshots usually fade away after the first weekend."

Gonzaga against Kansas for the regional final, anybody?

Baylor’s defense is good enough to get them through the first weekend, but they could have a really tough second weekend against Purdue and potentially a team like Texas Tech. Those games would be street fights in the paint.

Moving to the Midwest, the committee did Illinois no favors early with a second-round matchup against either Loyola or Georgia Tech. The Ramblers are the ninth-best team in the country, according to Ken Pomeroy’s metrics, and they received an eighth seed. Lol.

Michigan limped down the stretch, literally and figuratively, and they’ll have their hands full with Florida State then Alabama or Texas in the bottom half of the bracket.

Gonzaga, Ohio State, Illinois and Alabama are all very solid choices for your bracket, and the betting odds support their probability of making deep runs.

What else should you know about betting on the NCAA Tournament as the Madness nears? FOX Bet has already released prop bets for all the games, and more props will pop as we get closer to the weekend. For example, in the aforementioned Alabama-Colgate game, you can bet on individual team totals. The Tide’s Over/Under is 85.5 points while Colgate’s is 76.5. Don’t expect much defense in that track meet.

At the end of the day, filling out a bracket and betting on the bracket are completely different entities. If I enter a bracket pool for 50 bucks, sure, I’ll put Gonzaga in the Final Four. But if I’m betting on a team to win the West region, you must be crazy if you think I’m laying $250 to win $100 on Gonzaga.

Because of the return on investment, Iowa and Kansas are a lot more appealing because of the bigger payouts. That $100 makes me $350 or $750 if the Hawkeyes or Jayhawks can sling down Goliath in the regional final.

We’ll be back in a couple of days with first-round bets and future picks. Talk to you then – and have fun with those brackets.