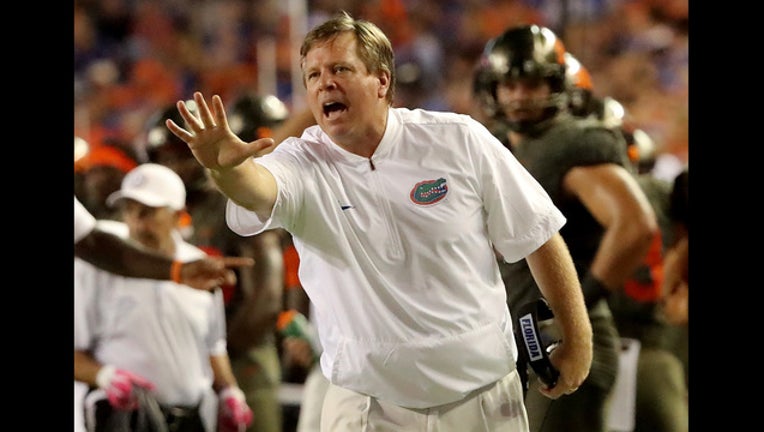 GAINESVILLE, FL - OCTOBER 14: Head coach Jim McElwain of the Florida Gators signals to his players during the game against the Texas A&M Aggies at Ben Hill Griffin Stadium on October 14, 2017. (Photo by Sam Greenwood/Getty Images)

The 56-year-old McElwain was at Michigan for one season. He previously coached at Florida, where he was Southeastern Conference coach of the year in his first season (2015) and went 22-12 overall.

The Gators won SEC East titles his first two years. After a 3-4 start in 2017, McElwain said he and his family had received death threats. His claim couldn't be substantiated and he parted ways with Florida, agreeing to a $7.5 million buyout.