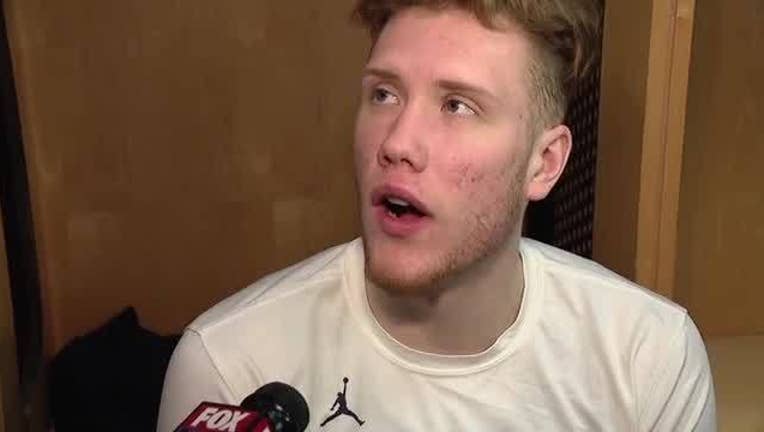 Due to new NCAA rules, you are allowed to hire an agent to help with feedback and still return to school if you follow certain guidelines.

Brazdeikis, a 6-7, 215-pound freshman from Oakville, Ontario, led Michigan in scoring with almost 15 points per game. He burst onto the scene early with 18 points against Villanova - the team the Wolverines lost to in last season's national championship game - and a season-high 24 against North Carolina as the Wolverines got out to a 17-0 start.  Brazdeikis had 17 points in their season ending loss to Texas Tech during the NCAA Tournament..

Poole, a 6-5, 195 pound sophomore guard out of Milwaukee, Wisconsin started every game this past season for the Wolverines and averaged 12.8 points per game with a 43.6% shooting percentage and 36.9% from three.  He had the game winning three against Houston his freshman year helping lead the Wolverines to the National Championship game.

Matthews, 6-6, 205 pounds out of Chicago, Illinois still has one year of eligibility remaining.  The shooting guard averaged 12.2 points per game and 5 rebounds per game.  He put his name into the NBA Draft last season but decided to return.

The players have until June 10th at 5pm eastern to withdraw from the NBA Draft.