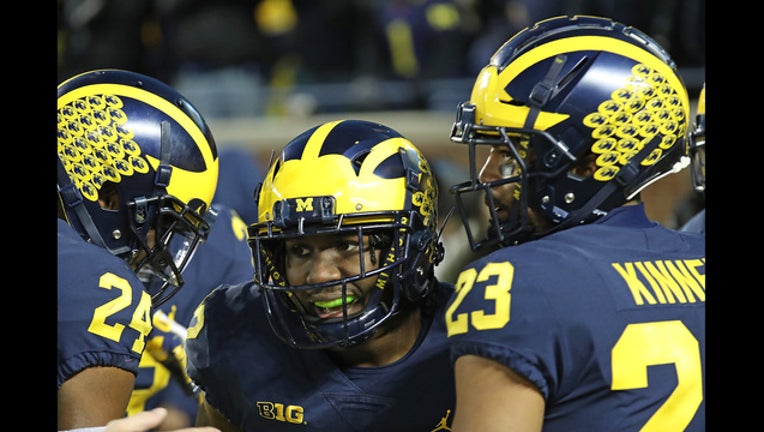 ANN ARBOR, MI - NOVEMBER 03: David Long #22 of the Michigan Wolverines celebrates after scoring on a fourth quarter interception during the game against the Penn State Nittany Lions at Michigan Stadium. (Photo by Leon Halip/Getty Images)

Long and Gentry made their announcements Wednesday on social media .

The eighth-ranked Wolverines were without defensive end Rashan Gary and linebacker Devin Bush in their 41-15 loss to No. 10 Florida in the Peach Bowl after both juniors declared themselves eligible for the draft. Long and Gentry chose to play in the bowl while weighing their option to stay or go pro.

Long was voted All-Big Ten in 2018 by coaches. He had one interception, broke up eight passes and made 17 tackles as a junior.

The 6-foot-8 Gentry was a third-team, All-Big Ten player. The converted quarterback had 32 receptions for 514 yards and two touchdowns as a senior. Gentry had another season of college eligibility because he redshirted as a freshman.