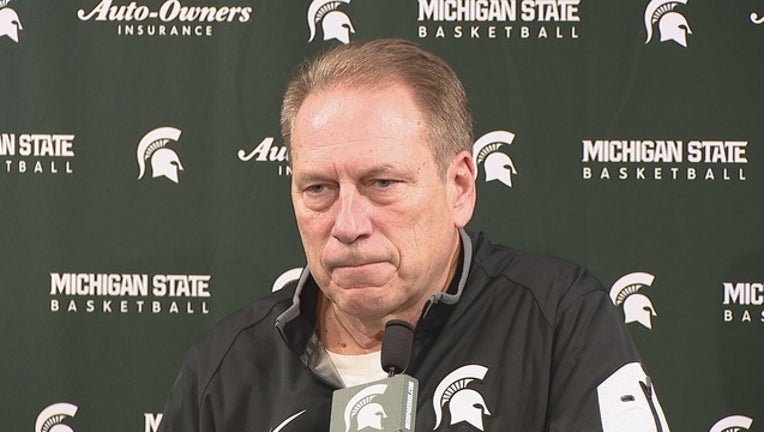 Top-ranked Duke went down early in the week. No. 2 Michigan and No. 4 Virginia, the last of Division I's unbeaten teams, both fell over the weekend. In all, six top-10 teams lost.

Tennessee kept rolling amid chaos across the AP Top 25.

The Vols are the new No. 1 in The Associated Press men's college basketball poll on Monday, climbing three spots to earn their first top ranking since the 2007-08 season.

Tennessee received 48 of 64 first-place votes from a media panel in the poll released Monday, well ahead of No. 2 Duke with 11. No. 3 Virginia received three first-place votes and No. 6 Michigan State two. Gonzaga and Michigan rounded out the top five.

Expectations followed the Vols into the 2018-19 season. With its top six scorers back from a team that shared the SEC title, Tennessee had its highest preseason ranking at No. 6 and was eyeing a deep NCAA Tournament run in Barnes' fourth season.

The Vols have lived up to the forecast so far, bouncing back from an overtime loss to then-No. 2 Kansas to win 12 straight games. Tennessee knocked Gonzaga from atop the AP Top 25 with Barnes' first win over a No. 1 team in early December and won its two games last week, rolling over Arkansas and holding off Alabama .

"Tennessee basketball hasn't been ranked No. 1 in a long time," Vols guard Jordan Bone said. "That's a good feeling, but we can't be so locked in on that. We have to continue to stay hungry. We can't be so focused on that. It's so fleeting. It can change really quick."

The changes in the AP Top 25 came quickly after a wild week.

Duke started by losing to Syracuse in overtime at Cameron Indoor Stadium. The Blue Devils played without a sick Cam Reddish and lost point guard Tre Jones to a shoulder injury in the first half.

Reddish returned against Virginia on Saturday and Duke responded with a superb game, knocking Virginia from the unbeaten ranks with a 72-70 victory despite playing without Jones.

Michigan lost to Wisconsin by 10, also on Saturday, leaving the 1976 Indiana Hoosiers as the last Division I team to go undefeated.

No. 7 Kansas, No. 8 Texas Tech and No. 9 Virginia Tech also lost. The Jayhawks fell two spots after losing to West Virginia. The Red Raiders dropped six spots to No. 14 after losses to Iowa State and Baylor. The Hokies were down one to No. 10 following a loss to Virginia.

Kentucky saw a steady slide down the AP Top 25 after opening the season with a blowout loss to Duke. The preseason No. 2, the Wildcats were down to No. 19 just a month ago, but started climbing again.

Kentucky is up to No. 8 after beating No. 14 Auburn and Georgia this week, with games against No. 22 Mississippi State and No. 9 Kansas coming up.

No. 13 Maryland moved up six spots after beating Wisconsin and Ohio State.

Kentucky, No. 17 Houston and No. 18 Villanova each moved up four spots.

Florida State after stretching its losing streak to three games with losses to Pittsburgh and Boston College, falling out of the poll from No. 11.

Louisville moved into the AP Top 25 for the first time this season at No. 23 following wins over Boston College and Georgia Tech.

Iowa State's wins over Texas Tech and Oklahoma State put the Cyclones back in at No. 24 after they dropped out from No. 20 last week.

LSU beat then-No. 19 Mississippi and South Carolina last week to return to the poll at No. 25.

Oklahoma joined Florida State in dropping out of the poll following losses to Kansas State and Texas. The Sooners were No. 20 last week.

Indiana, No. 25 last week, did not receive a single vote after lopsided losses to Nebraska and Purdue.

The top 25 teams in The Associated Press' college basketball poll, with first-place votes in parentheses, records through Jan. 20, total points based on 25 points for a first-place vote through one point for a 25th-place vote and last week's ranking: