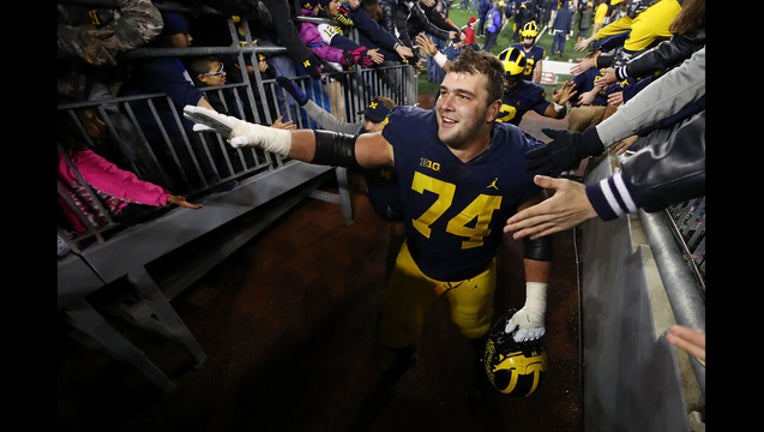 ANN ARBOR, MICHIGAN - NOVEMBER 17: Ben Bredeson #74 of the Michigan Wolverines leaves the field after a 31-20 win over the Indiana Hoosiers at Michigan Stadium on November 17, 2018 in Ann Arbor, Michigan. (Photo by Gregory Shamus/Getty Images)

The second-team, All-Big Ten player told reporters Monday he is doing his due diligence about his future, including having a meeting with coach Jim Harbaugh.

Michigan safety Josh Metellus says he has not decided to stay in school or go pro, adding he has to make the decision with his family after getting feedback from the NFL. Defensive end Rashan Gary announced last week he was declaring for the NFL draft. Harbaugh says Gary will not play for the eight-ranked Wolverines against No. 10 Florida on Dec. 29 in the Peach Bowl.