EAST LANSING, Mich. - EAST LANSING, Mich. (AP) — Joey Hauser scored 16 points, Jaden Akins added 15 and Michigan State pulled away in the second half for a 67-54 win over Oakland on Wednesday for the Spartans' third straight win.

Hauser made 4 of 5 3-point attempts and Hauser added three more from the arc as did Tyson Walker, who finished with 13 points. Mady Sissoko had a career-high 12 rebounds to go with nine points. The Spartans (8-4) shot 49% including 10 of 22 on 3-pointers for 45% but made just 7 of 16 free throws while committing 16 turnovers. 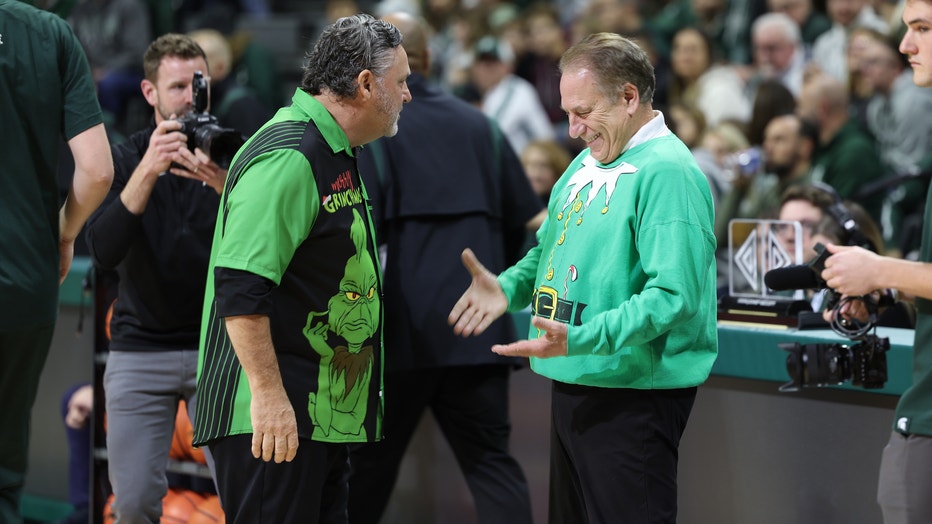 The Spartans scored the last eight points of the first half in taking a five-point lead then went on a 15-2 run to open the second including consecutive 3s by Walker. Back-to-back 3s by Hauser and Akins extended the lead to 23 with 15 minutes remaining. Oakland was within 11 with two minutes left but got no closer.

Sissoko, scoreless in his last two starts, had five points in the opening minutes in giving the Spartans the lead. The Golden Grizzlies went on a 12-0 run with Lampman hitting a pair of 3-pointers to go up by five and held the lead for over 10 minutes before the Spartans retook the advantage with Akins and Hauser closing the half with 3-pointers for a 29-24 lead.

The Spartans outshot Oakland by 14% in the first half but had 11 turnovers, their average for an entire game.

Michigan State is perfect in 21 meetings with Oakland, which finished an eight-game stretch away from home, all losses.