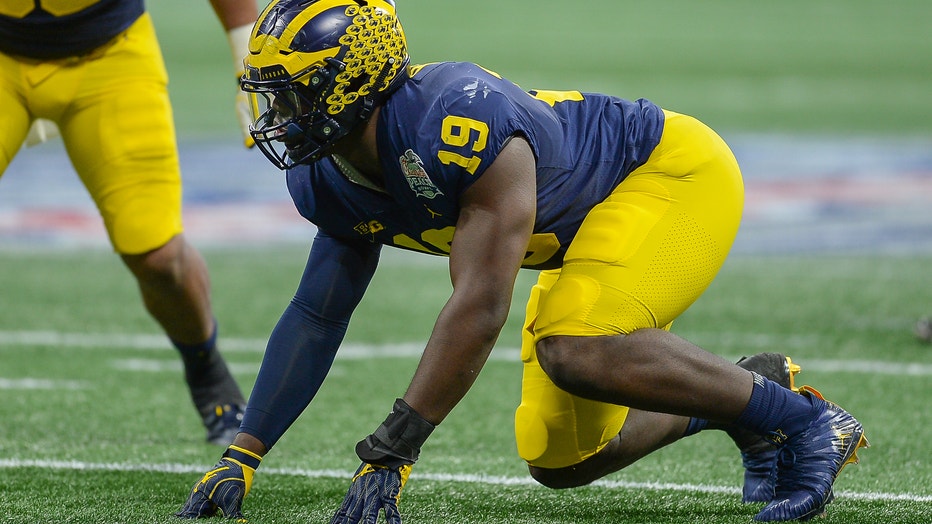 ATLANTA, GA DECEMBER 29: Michigan's Kwity Paye (19) prepares to rush the quarterback during the Chick-fil-A Peach Bowl between the Michigan Wolverines and the Florida Gators on December 29th, 2018 at Mercedes-Benz Stadium in Atlanta, GA. (Photo by Ri

He led the Wolverines with 12 1/2 tackles for losses and was second on the team with 6 1/2 sacks during the regular season. Paye was voted second-team All-Big Ten by conference coaches.

The 17th-ranked Wolverines will play No. 9 Alabama on Jan. 1 in the Citrus Bowl.